Two Russian teams faced each other in the finals: MGIMO represented the investors - social networks, and SPbU defended the host state.

Arbitrators of the final round were:

⁃ Luis O’Naghten, partner with Hughes Hubbard’s in Miami and professor of the University of Miami.

When granting the victory to the students from St. Petersburg, the arbitrators noted that under the law, they would have decided to the investors, but presentation of the host state's argument by Daria Soshnikova and Nika Vartanova was stronger.

In the preliminary rounds SPbSU team prevailed over their opposing teams from the USA, Kenya (one of the leaders of the regional rounds in Africa), Egypt and Belarus. The team advanced to the play-offs from the first place in the group and third place overall by sum of points for oral rounds and written memorials. Victories over teams from Kenya, Higher School of Economics and Singapore School of Management in advanced rounds led the students to the finals.

In addition to the champion's title, the students from SPbSU also won personal prizes: Natalia Kovalkova was distinguished among the best speakers of the preliminary rounds (Honorable Mention Advocate) and Nika Vartanova was named as the best speaker of the finals (Best Advocate in the Final Hearing).

On the preliminary stage, MGIMO team competed against teams from Ukraine, Poland, South Korea and India (top-1 of the national stage of the competition). After advancing to top 16 teams, the team prevailed over students from Argentina, India and Greece and made it to the finals.

Apart from SPbSU and MGIMO, one more Russian team - HSE - advanced to the top 16 teams. They also won the prize for the best memorial for Respondent. The team was awarded with the special prize for written arguments on the issue of damages calculations.

This year's case subject of the competition was concentrated on the topic of social networks blockings for dissemination of hate speech by their users. Apart from this, students worked on the issues of denunciation of the ICSID Convention, provisional measures and admissibility of a dispute submitted by multiple investors from different jurisdictions in one proceedings. 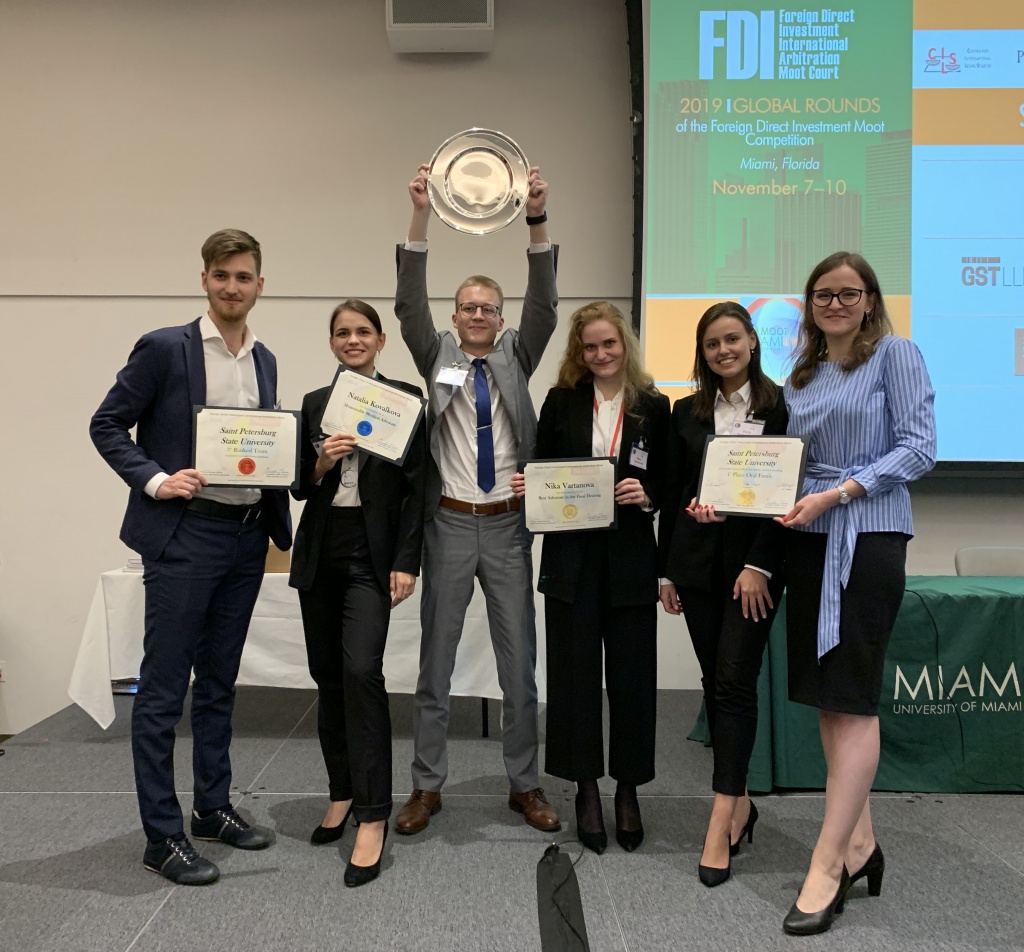 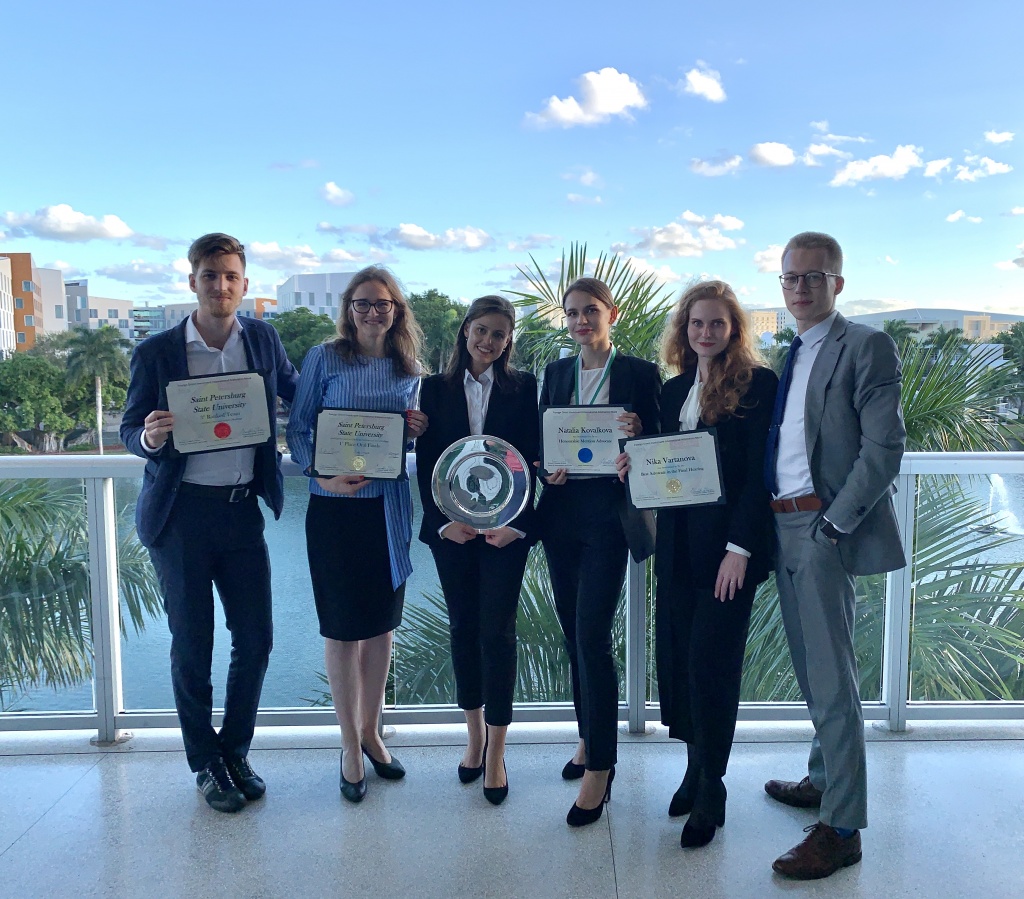