A step in the right direction 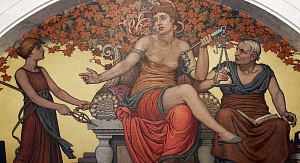 Corruption has been a feature of human existence for thousands of years; it is considered ‘an insidious plague’ (Kofi A. Annan), which has a destructive impact on both states and societies. Unfortunately, both international commercial arbitration and Russian domestic arbitration can be tainted by corruption.

On 2 June 2014, the Prosecutor General’s Office of the Russian Federation announced draft amendments to the Criminal Code of Russia, which are designed to combat bribery of domestic arbitrators. Mikhail Samoylov, Senior Associate at KIAP Attorneys at Law and Lexis®PSL Arbitration contributor, discusses this latest development.

What amendments are proposed?

The draft bill creates two new criminal offences of: (1) bribing an arbitrator; and, (2) receiving a bribe as an arbitrator.

The draft of article 202.2 of the Criminal Code of Russia provides:

The proposed punishment of an individual (only individual are subject to a criminal liability pursuant to the Criminal Code of Russia) for bribing an arbitrator is:

The punishment of an arbitrator for receiving a bribe is more severe:

Although the amendments contained in the draft bill appear reasonable, there is some imprecision which, in my view, should be corrected.

Firstly, the term ‘arbitrator’ in the draft bill applies to domestic arbitrators only, as in Russian it is written ‘третейский судья’. The new regulation will be more effective if it is changed to encompass both domestic arbitration and international commercial arbitration, where the seat of arbitration is ether in Russia or abroad. In other words, a Russian individual should be liable to prosecution in accordance with the Criminal Code if they bribe an arbitrator at home or abroad, ie the rule should have extraterritorial effect. In some circumstances, the Russian Criminal Code deals with crimes committed abroad, so there is precedent for extraterritoriality. Such regulation would comply with both the Additional Protocol to the Criminal Law Convention on Corruption (ETS 191) and the recommendation of GRECO (see, § 53 of Greco Eval III Rep (2011) 6E Theme I).

Secondly, under the proposed amendments, an arbitrator found to have accepted a bribe may be deprived ‘of the right to occupy certain positions or engage in certain activities for a term up to three years‘; ie an individual would be prohibited to act as an arbitrator for up to three years. However, both the current Russian domestic arbitration law and the future arbitration law (which should partly enter into force on 1 January 2015) does not take this into account: a party may choose anyone as an arbitrator. Indeed, it is unclear whether or not an arbitral award rendered by such arbitrator would be capable of being enforced or what the consequences may be if an arbitral award was rendered by a tribunal that included an arbitrator who was prohibited to operate as an arbitrator. It will be important to ensure that any inconsistency across the relevant legislation is resolved.

This article was first published on Lexis®PSL Arbitration.