Vladimir Khvalei has been elected member of Board, ICCA

Vladimir Khvalei, Chairman of Board, RAA has been elected member of Board of the International Council for Commercial Arbitration (ICCA).

Established in 1961 the International Council for Commercial Arbitration (ICCA) is a worldwide nongovernmental organization (NGO) devoted to promoting the use and improving the processes of arbitration, conciliation and other forms of resolving international commercial disputes. As of today, the ICCA is made up of over 1200 practicing lawyers, from all over the world.

An accredited UN organisation, the ICCA Council participates in the development of the United Nations Commission on International Trade Law (UNCITRAL) documents, including the Model Regulations, Conciliation Rules and the Model Law. 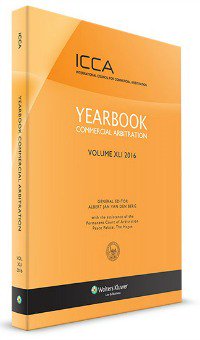 The ICCA holds an International Arbitration congress on a biannual basis. This event is the largest and most important arbitration event that gathers over 1000 participants, the world over. The event is held each time at a new location. The next Congress will take place in 2018 in Sydney, from 15 – 18 April. 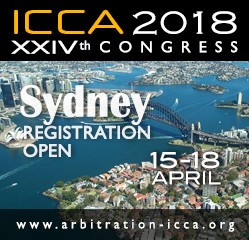