The Russian Arbitration Association: what you need to know 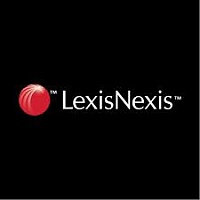 The modern landscape of Russian arbitration

In general, any commercial dispute in Russia may be resolved either by a state court, called the ‘arbitrazh courts’, in accordance with the Commercial Procedural Code or by arbitration (either institutional or ad hoc).

In Russia, arbitration is governed by two distinct laws:

“On arbitral tribunals in the Russian Federation” which regulates domestic arbitration, ie internal commercial disputes without any foreign elements; and

Although Russia has modern legislation regulating the process of commercial dispute resolution, the legal regime does not meet the needs of modern arbitration practice. For example, the state courts are overloaded with cases, which causes delay to the resolution of disputes. In addition, there is a high level of transparency in proceedings before the arbitrazh courts as any decision or judgment of the arbitrazh court is required to be published on the designated website for the decisions of the Supreme Arbitration Court of the Russian Federation within five days of the judgment being delivered. Consequently, all matters of the case become public knowledge, which is unlikely to be acceptable to parties who have agreed to resolve their disputes confidentially by arbitration.

According to the VCIOM survey, neither Moscow nor St. Petersburg is currently recommended as a place for arbitration and a significant proportion of parties will only submit to arbitrating their disputes in Russia as a last resort (ie to get their contract signed).

Accordingly, Russian disputes that the parties have agreed to arbitrate are more likely to be resolved in other jurisdictions and often by established international arbitral institutions such as the ICC, SCC and LCIA.

The Arbitration Association was thus created out of a strong desire to resolve these issues and to enhance Russia’s reputation as an arbitration-friendly jurisdiction and ultimately, limiting the export of Russian disputes to other international arbitration centres.

The key principles of the Arbitration Association are:

Arbitration Association Charter for the Promotion of Arbitration

The governing bodies of the Arbitration Association consist of: :

The objectives of the Arbitration Association are:

The RAA has also drafted a model arbitration clause:

‘Any dispute, controversy or claim arising out of or relating to this contract, or the breach, termination or invalidity thereof, shall be settled by arbitration in accordance with the UNCITRAL Arbitration Rules, subject to the amendments and additions necessary due to the application of the Regulations for Arbitration Proceedings Administered by the Association for the Promotion of Arbitration, Moscow, Russia (the “Arbitration Association”). ‘

Note that the model clause does not specify a governing law or the seat of the arbitration.

Subject to a valid arbitration agreement between the parties, the Arbitration Association will perform the functions of a competent authority as specified by art 6 of the UNCITRAL Arbitration Rules, including:

What is the future for the Arbitration Association?

Today, Russia stands on the threshold of major legal change. On the one hand, the President of Russia has decided to merge both the Supreme Commercial Court of Arbitrazh of Russia and the Supreme Court of Russia (the highest court for civil and criminal cases) into one court and abolish the Supreme Commercial Court of Arbitrazh of Russia. The results of this change are currently unpredictable and there is real concern that the resolution of commercial disputes in the state courts could be paralysed in the future. However, on the other hand, the state has been discussing the reform of the Russian alternative dispute resolution system.

Modern corporations, including both Russian and foreign entities, need a fair, flexible, professional and independent system that is capable of resolving their disputes efficiently. If the Arbitration Association, sharing these expectations, provides such a mechanism, this will be highly advantageous to both Russian and international lawyers. The first steps have been made.

Mikhail Samoylov is a Senior Associate at KIAP, Attorneys at Law