Arbitrating in Russia: What are the Options? 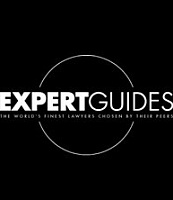 Russia is likely not the first choice as a place of arbitration, as many foreign parties are usually concerned with potentially excessive interference form Russian judiciary and the quality of Russian arbitral institutions. Nevertheless, sometimes failure to agree on arbitrating in Russia may become a deal-breaker and hence not an option. Statistics and experience show that parties fairly rarely choose to arbitrate under the rules of leading European arbitral institution (such as LCIA, ICC or SCC) in Russia. Therefore, it is worth considering local options available.

Arbitrating under the Rules of Arbitration Association

The Arbitration Association has a special arbitrator nomination committee, which consists of seven prominent arbitration specialists elected by Arbitration Association members, which is charged with appointing arbitrators. Unlike in the ICAC, the general rule is that in cases with the amount in dispute over USD 1 mln. the president or sole arbitrator should not be of the same nationality as either of the parties, unless the parties agree otherwise. The appointment procedure for sole or presiding arbitrator is intended to ensure the parties' maximum involvement and transparency with the nominating committee providing the parties with the list of names which can be ranked by each of the parties in the order of priority – the candidate with the highest combined ranking will be appointed to serve as the sole or presiding arbitrator.

The Arbitration Association also aims to ensure the efficiency of proceedings by penalising arbitrators for delays in rendering awards. Thus, the award should be rendered within two months of the close of proceedings. Arbitrators' fees are reduced by 10% for each month of delay (with up to a 50% reduction for not rendering the award within six months of the close of proceedings). While many institutions claim that they take into account the amount of time it took the tribunal to render the award when deciding on arbitrators' fees, the Arbitration Association is one of the few institutions (if not the only one) that has formalised this in its rules.

The Arbitration Association charges fees at rates somewhere between those of the Stockholm Chamber of Commerce and the International Chamber of Commerce. The fees are calculated on an ad valorem basis; this will likely give the Arbitration Association some competitive advantage, as it will attract world-class arbitrators who are willing to accept appointments for which they will be paid adequately.

It is understood that the Arbitration Association has not yet handled any cases, but this is unsurprising, given that it began offering the administered arbitration just over a year ago. The Arbitration Association is nevertheless an option to consider for Russian and CIS-related disputes, as it may well provide a better alternative to the ICAC while satisfying the desire of Russian parties to arbitrate in Moscow.

A full text of the article cab be found at ExpertGuides