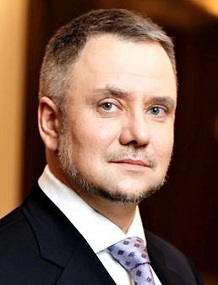 Ilya Nikiforov is a founding member of the firm «Egorov, Puginskiy, Afanasiev and Partnters»(EPAM);  Mr. Nikiforov as appointed an officer of the Arbitration Committee of International BarAssociation and of Eurasia committee of American Bar Association. In 2013 he was appointedas a Councillor of the London Court of International Arbitration (LCIA) European Users’ Council; The Deputy Chairman of the Board of the RAA.

Mr. Nikiforov has invaluable experience in international arbitration and litigation, construction, intellectual property law and development projects. A visible figure in the Russian arbitration world, Nikiforov is considered a first tier dispute resolution specialist. The Arbitration team of the firm is consistently regarded as the top dispute resolution crew in Russia.  An active member of a professional community, he was appointed an officer of the Arbitration Committee of International Bar Association and of Eurasia committee of American Bar Association. Ilya Nikiforov is well-known in the international arbitration community as a seasoned practitioner. Listed as an arbitrator by the ICDR, WIPO, the Vienna International Arbitral Centre, the Arbitration Institute of the Stockholm Chamber of Commerce and national institutions throughout Russian & Eastern Europe. He appeared as a counsel at higher domestic courts at all levels, the International Commercial Arbitration Court in Moscow and international arbitration institutions, such as the ICC, LCIA and SCC. He is often engaged to serve as a Russian law counsel/expert in connection with commercial litigation and international arbitration proceedings worldwide. Qualified in computer engineering prior to obtaining his law degree, Ilya is a thoughtful leader of the firm's IT/IP practice. Clients appreciate business minded and sophisticated service tailored to protect their IT/IP assets. This team has handled a wide variety of projects including design of general IP strategy for industrial clients, fighting counterfeit products, IP ownership disputes and litigation involving licensing contracts; it is particularly strong in matters relating to information technologies. Mr. Nikiforov's expert opinions have been accepted by US, English, German, Dutch and French courts.