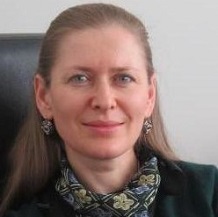 
Part-time arbitrator and mediator in maritime, insurance, reinsurance, agency, construction, financial and banking law. Practicing lawyer for international arbitration (handles international arbitration cases as a party counsel and arbitrator, particularly with respect to the arbitration rules of the ICAC, MAC, UNCITRAL, DISб ICC and LCIA), as well as for dispute resolutions in the state arbitrazh and state courts of general jurisdiction in Russia. Member of the Board of the Russian Arbitration Association since April 2015.