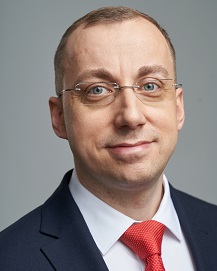 Andrey Korelskiy is Managing partner and founder of Korelskiy, Ischuk, Astafiev and Partners (KIAP, Attorneys at Law) and head of the firm’s litigation practice. In 2018 was included into the unified recommended list of arbitrators and the corporate dispute panel of the Arbitration center at the RSPP. In 2013 was granted the status of Associate Member of The Chartered Institute of Arbitrators (CIArb). Deputy Chairman of the RAA.

Comes highly recommended in all the leading international legal directories such as as Chambers Europe, Chambers Global, Legal 500 EMEA and Best Lawyers.