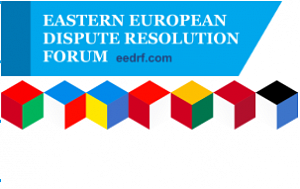 
In autumn Minsk will host the Eastern European Dispute Resolution Forum (EEDRF) for the second time. For a few days international format of the event, using the slogan «Prove it if you can!», will unite lawyers from all over the world in order to discuss key topics related to dispute resolution in international commercial arbitration and state courts.

More than 200 lawyers, major league players, representing the world most notable law firms, will arrive in Minsk. Heads of major European arbitral centers have already confirmed their participation: Secretary General of the Arbitration Institute at the Stockholm Chamber of Commerce, representatives of the International Court of Arbitration of the International Chamber of Commerce and other guests.

Slogan «Prove it if you can! » determines the principal thematic focus of the Forum: taking of evidence in international commercial arbitration and state courts. Besides, within the framework of business program topical issues related to dispute resolution in Eastern Europe will be covered. As envisioned by organizers, the Forum will become a platform for exchange of views and ideas in the format of lively dispute while experts in their speeches will share with their personal experiences on the basis of examples and real cases.

«Tylney Hall» format will be an innovation of the Forum. All participants will be able to deliver short speeches at one of the sections by sending questions to the Organizing Committee. The most urgent issues will be submitted for general discussion.

Representatives of international law firms, corporate lawyers, heads of state companies, experts in the field of litigation and arbitration from the Baltic countries, CIS and Europe, law students, as well as members of the academic community and the public sector will take part in the event.

Co-chairman of the Forum Organizing Committee, advocate, and partner of SBH Law office Alexandre Khrapoutski notes that the distinctive feature of the Event is its exceptional practical focus. «The Forum is a unique platform for Eastern European countries, it has no equals. It is specified as it has been created by lawyers and for lawyers. Principal idea of the Forum is to acquaint lawyers with dispute resolution mechanism in Eastern European countries, tell about peculiarities of legislation interpretation in multiple courts. Now, when the Forum has appeared, Minsk has an opportunity to offer the whole legal community to join lively and interesting platform for serious discussions. Being the organizing partners of the Event, we intend to raise the most burning questions which will arouse interest of professional community and will be widely covered by the world media. To achieve this we are willing to invite the best speakers who are among the most famous lawyers of the world».

The debut in 2016 showed a huge success of the event, which has already established itself as an excellent platform for communication of practitioners specializing in dispute resolution.

*Members of the RAA and UAA are allowed a 10%-discount for participation in the Forum. When registering, indicate your membership in Associations mentioned above in column Comments (only for legal entities) or mark in a special check box (only for individual persons).