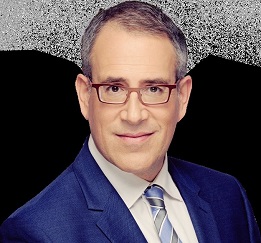 Noah worked for the law firms in the US and Turkey before joining Freshfields in Paris in 2004. He became a partner in 2010.

Noah is highly regarded for complex, cross-border disputes and has an impressive track record in both international commercial and investment treaty arbitration. He is one of a handful of non-Russian international arbitration specialists who speaks Russian fluently, and he has an in-depth knowledge of the cultures and business practices in the countries of the former Soviet Union.

As head of our CIS/Russia dispute resolution group, Noah has represented clients in relation to disputes in Georgia, Ukraine, Kazakhstan, Azerbaijan and many other countries of the former Soviet Union and Eastern Europe. His work in the region has equipped him with a unique perspective on the local market and an in-depth knowledge of the regional considerations in commercial and investment disputes. He has represented both private and public entities in a variety of high profile investment and commercial disputes across the region, particularly in the energy, infrastructure and machinery sectors.

Featured in GAR as one of the 45 leading figures of the international arbitration bar under the age of 45 (“GAR 45 under 45”).