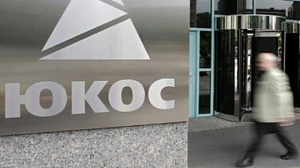 On 20 April 2016 the Hague District Court quashed the largest ever international arbitration award – of $50bn against the Russian state. The story is far from over, as this decision will almost certainly be appealed, and the quashing of the award may not prevent the original award from being enforced in other countries. Nevertheless, the court's decision emphasises a fundamental feature of arbitration: it is a consensual process.

Join us for a panel discussion on the background to the award, its reversal by The District Court of the Hague and the ongoing wider ramifications.

The panel speakers are:

Govert Coppens
Govert advises and represents sovereign States, international organisations and corporate clients on a wide range of contentious and non-contentious public international law and international dispute resolution issues, in particular the protection of foreign investments under international investment agreements. He is currently acting for a Caribbean State in an investment treaty claim before the Permanent Court of Arbitration.

Ben Wells
Ben is a litigator experienced in multi-billion dollar litigation claims and representing major banks with regard to alleged LIBOR manipulation. Previously Ben worked for an international law firm in Moscow. He is fluent in Russian and is the founder of the Russian Speaking Legal Professionals’ Forum. Ben contributes to the legal press with recent publications in The Lawyer, International Energy Law Review and for the Russian Arbitration Association.

REGISTER TO THE EVENT