Prague Rules on Taking of Evidence: the “Civil” war in the “Common Law” world of arbitration? 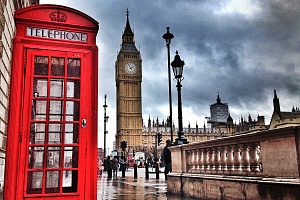 Prague Rules on Taking of Evidence: the “Civil” war in the “Common Law” world of arbitration?

Registration at 4.30pm
The discussion starts at 5.30pm
Followed by reception at 7.00pm


The revised IBA Rules on the Taking of Evidence intended to bridge the gap between different legal systems. But the civil arbitral community saw a dominance of the common law tradition over the IBA Rules. And indeed, many of the procedural features of the IBA Rules are not commonly used in non-common law jurisdictions, such as continental Europe, Latin America, the Middle East and Asia. This resulted in the proposal of alternative set of rules – The Prague Rules, which favor the civil law tradition of an inquisitorial approach in international arbitration, as well as attack on the inefficiencies of the adversarial approach of the IBA Rules. The drafters suggest that the new Prague Rules are being heralded as a major development to increase efficiency in arbitration proceedings -  but are they really needed? If the IBA Rules are really uncommon to civil law practitioners, wouldn’t the Prague Rules represent the same problem in reverse? Have the Prague Rules really narrowed the gap between different legal traditions or are they a new “civil war” against the dominant common law approach in the international arbitration?

These and other questions will be addressed by the distinguished civil and common law arbitration practitioners:


The panel will be opened by Andrey Panov, senior associate at Norton Rose (Moscow), who is one of the drafters of the Prague Rules, and will be moderated byTatiana Minaeva, Of Counsel at Jones Day (London).