On 7th April, 2017 RAA, for the second time held a conference on Dispute Resolution in Russia, in Vienna, Austria. This time, the conference was held jointly with the Vienna International Arbitration Centre, Austrian Arbitration Association and the Russian Federation Trade Representation to Austria.

“The conference organized now for the second time by RAA is an important step in  the realization of goals initially set out by RAA, which include the promoting Russia as a place of arbitration. The Russian Arbitration Association is extremely grateful to the Head of the Russian Federation Trade Representation in Austria, Mr. Alexander Potemkin for the support offered and agreeing to be a part of next year’s conference in Vienna.“ - Roman Zykov, Secretary General, RAA

The conference began with a welcome address from Vladimir Khvalei, RAA Chairman of Board. Alexander Potemkin, Trade Representative of the Russian Federation in Austria then gave a welcome address in which he talked about trade and economic relations between Russia and Austria. He noted that the beginning of 2017 showed an improvement in trade relations, pointing out that import to Russia, from Austria grew by 37% within first 2 months of the year.

Dr. Manfred Heider opened the second session in which he talked about Vienna as a place of arbitration for parties from CIS countries. He began by talking about VIAC, touching base on its history, which includes it being selected as a neutral place of arbitration under the 1977 trilateral agreement. He mentioned that VIAC plans to apply for PAI to the Russian Ministry of Justice. He then proceeded to talk about statistics, noting that cases in 2016 amounted to 1.5 billion euros. Of the 60 cases in 2016, 9 were involving Russian parties. The Russian parties included those residing in Cyprus and British Virgin islands.

Dr. Stefan Riegler, Partner, Baker McKenzie, Austria then proceeded to talk about the right to be heard under Austrian arbitration law and common practices. He talked about the fundamental procedural principle in arbitration and then mentioned some special issues, including a few not sufficiently addressed by the Austrian Supreme court and some of the decisions taken by the Supreme Court, which at this point raise certain questions.

Alexander Bezborodov, Partner, Beiten Burkhardt then talked about the specifics of recognizing and enforcing arbitral awards in  the Russian Federation. He pointed out that the aim of the new law on arbitration is to

·        Improve the quality of arbitration in the Russian Federation

·        Return disputes to the Russian Federation

He also talked about the amendments to Article 1 of the Law On International Commercial Arbitration and possible implications.

Leng Sun Chan, SC, Principal, Global Head of Arbitration, Baker McKenzie. Wong & Leow, Singapore brought the conference to a close by talking about arbitration in Singapore, including the controversy surrounding the recently created Singapore – Russia Arbitration Institute in Singapore, who alleged founders are currently under investigation by respective authorities.

The conference gathered leading experts in arbitration in Russia, Germany and Austria, among others, all of whom agreed that this was a highly informative event that touched base on topics important to many arbitration proceedings on a global level. 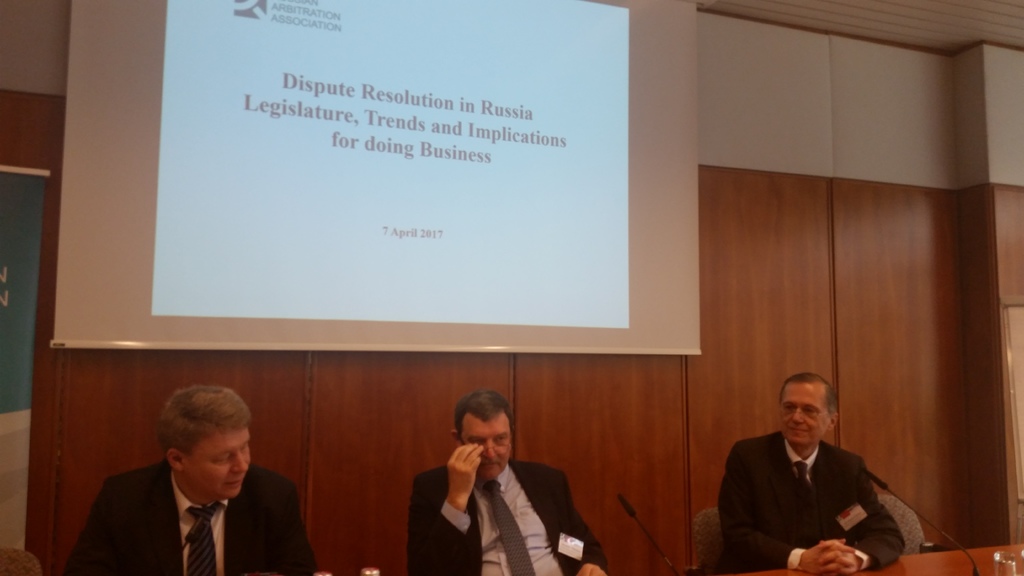 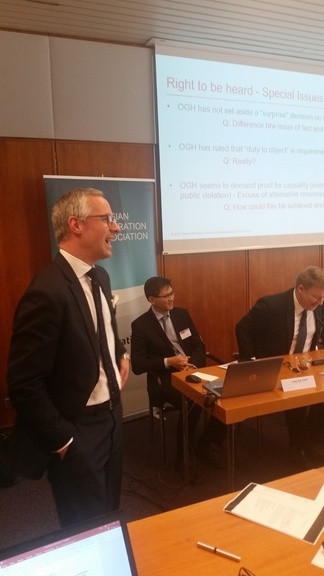 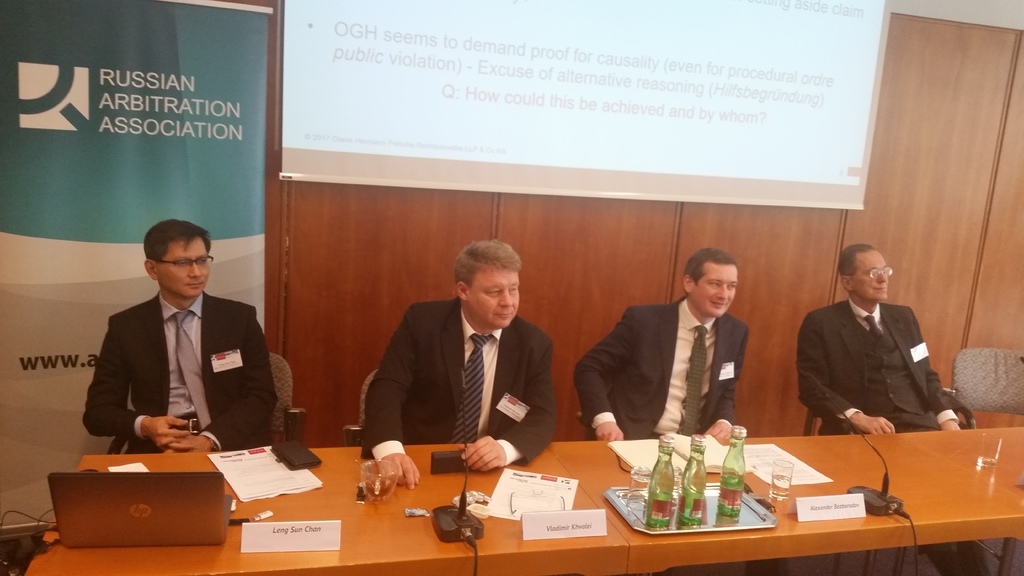