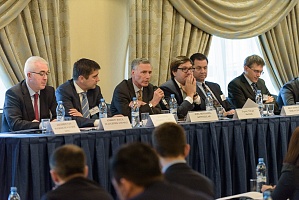 On November 10, 2017, the 9th annual conference of IBA "Mergers and Acquisitions in Russia and CIS" was held at the Marriott Hotel in Moscow.

The conference was opened by Christian Herbst , ex-co-chair of the Committee of Corporate law, Mergers and Acquisitions of the International Bar Association (IBA), a partner of the Schoenherr law firm (Vienna, Austria).

The first speaker was Alexander Reznik, Head of Russian Investment Banking, VTB Capital (Moscow, Russia), he pointed out that the market for M&A transactions had a growth in 2017. Alexander also commented that there were made big transactions with such companies as "Rosneft", "Voentorg", "Sibur", "Chinagold", "Beijing Gas" etc. There has also been an increase of the transactions with investors from China, Japan and Korea.

The second speaker was Mario Rautenberg, Director of M&A and Business Development, Gett (Hamburg, Germany) Mario described in detail how Gett makes M&A transactions, what it focuses on and what matters to the company. Mario told about M&A transactions, including: Mountview UK, transaction with Saturn in Russia and Juna in the United States.

The third speaker was Arthur Akopyan Partner, UFG Private Equity (Moscow, Russia) Arthur stressed out that it is necessary to separate the transactions of M&A which are carried out in according to the international standards and transactions which are made on the basis of Russian law. Arthur described the principles that the company relies on in selection of the investors and projects for its customers.

Mrs. Jacomijn highlighted the position of LCIA (London International Court of Arbitration) in the light of the reform of the Russian Courts of Arbitration. Jacomijn stressed that since 2000, there had been no registered cases in the LCIA (London International Arbitration Court) where the dispute settlement site was Russia, there also were quite a few cases in LCIA where were only russian companies as parties. Jacomijn also commented that a very limited number of corporate litigation cases involving Russian parties are conducted in LCIA. 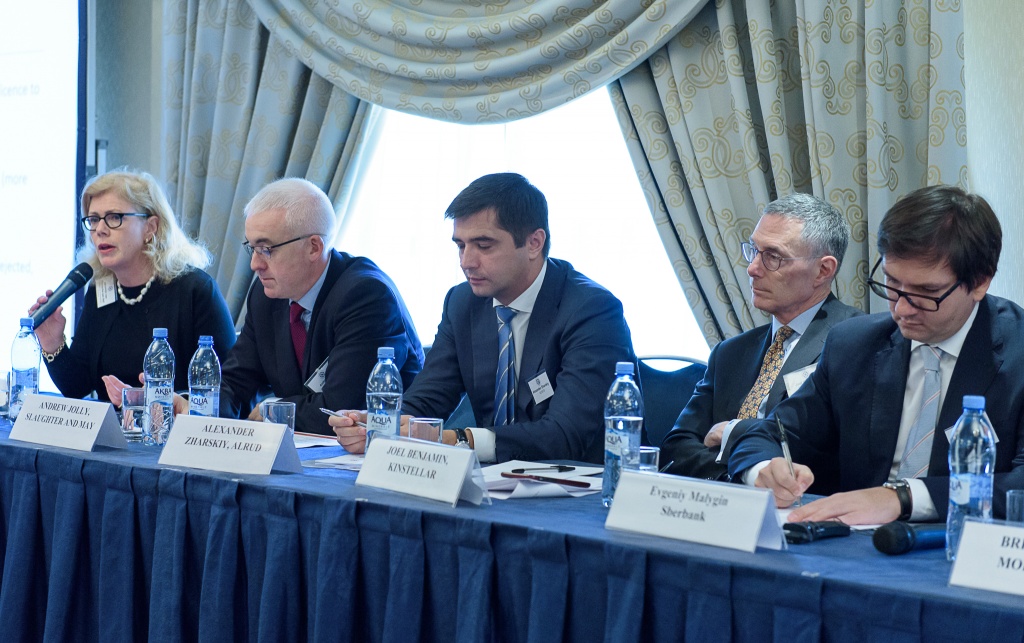 The important information was the fact that the London International Court of Arbitration will not apply to the Russian Ministry of Justice for the registration of PAI (Permanent Arbitration Institution), but LCIA will continue to serve as a dispute settlement site for russian companies and individuals, will keep offering all the possible opportunities to the russian parties. Jacomijn expressed her position that many terms of the new Act regulating Arbitration Tribunals in Russia were very controversial in terms of the principles of international arbitration. She also commented the provision of the Corporate Disputes in Arbitration Act, which obliges to disclose of information about the case on a website, that this provision is not in conformity with the basic principles of arbitration, that confidentiality is an important principle in international arbitration.

The next speaker of the second session was Yulia Popova, Director, Property Management and M&A  Projects, LLC SIBUR (Moscow, Russia).

Yulia commented that today's transactions are being simplified and change in their structure. Nowadays, the agreement of understanding plays a key role for the parties, the parties first agree on all the nuances and key points, and then go to the transaction. Yulia also said that Russian law and the use of the Civil Code have a priority in her practice at this stage. In the process of transactions, integration is a key process. Yulia Popova also commented that the Strategic Investment Act was conceived ambiguously, there is no clear practice, and that, in that regard, the contract is the most important legal instrument.

The fourth speaker was Brian Zimbler, Partner, Morgan Lewis (Moscow, Russia) Brian described in detail the different schemes of interaction between Russian companies and investors in M&A transactions, as well as the key terms of transactions. There were raised the questions about changes in the legislation in the Russian Federation in the sphere of the investment law and the impact of these changes on M&A transactions. Brian expressed the point of view that the Law on Competition in Russia is still in its infancy, so for investors the main issue in transactions is the security.

The fifth speaker was Ezra Machnikowski, General Counsel, Baring Vostok Capital Partners (Moscow, Russia) Ezra stressed that international investors prefer to use English law, while russian investors rely on russian law. Ezra made practical recommendations for making M&A transactions based on the company's experience, and pointed out that it is important for each transaction to be able to analyze the contracting party, to thoughtfully verify the documents.

The Panel also discussed such issues as the principle of good faith and its application, sanctions and their impact on transactions.

The lunch was combined with the conversation, where the key-note speaker was Dmitry Konov, Chairman of the Management Board, Sibur. Dimitri described his career path, which skills were essential to be a leader in such a wide company. The audience was able to ask questions and share experiences.

The first speaker was Gleb Davidyuk, Managing Partner, iTech Capital (Moscow, Russia) He described his personal experience as the investor in choosing investment projects, and he also stressed that the ability to sell a dream for a consumer is a great skill which prejudge the success of the company. He also described the trend that robots and electronics are increasingly replacing many professions.

The second speaker was Mike Lobanov, General Partner, Target Global (Moscow, Russia) Mike told about the new technologies, why new companies are more successful and what is the reason of their success, Mike also stressed that information technology, including in legal professions, are very essential.

The third speaker was Oxana Balayan, Office Managing Partner, Hogan Lovells (Moscow, Russia) Oxana spoke about about the key factors of the success of Silicon Valley. She underlined such factors as the uniqueness of the ecosystem, the formed pool of buyers and investors, the accurate understanding of what the investor was getting out of the project and the significant role played by the board of Directors.

The fourth speaker was Anton Pushkov, Managing Partner at Skolkovo's Intellectual Property Centre (Moscow, Russia) Anton described the main trends, such as the use of new technologies in law, the "Sberbank's" innovation is the use of a robot in writing responses on claims; there is also a large discussion trend - cryptocurrency and its role in startups, as well as attraction of money into projects through ICO.

Dmitry Tolokonnikov, Russian Direct Investment Fund, Deputy Chief Executive Officer for Legal Affairs, Member of the Management Board (Moscow, Russia) stressed that, at this stage, there are changes in the sphere of direct investment, the role of the sovereign funds is increasing, Russia has enormous potential for investors, confidence in Russian law is growing, Dmitry also pointed that the role of his organization is to disclose the attractiveness of Russia and Russian law for investment.

Elena Sapozhnikova, General Counsel, Executive Director, United Capital Partners (Moscow, Russia), said that, to date, there has been a great process of harmonization of Russian law, which is a good thing to use. If previously the foreign investors used to be categorically against the use of Russian law, now, after a set of negotiations, it is possible to use it even in large investment transactions.

The next speaker was Oleg Chizh, Deputy Cо-Director, RCIF (Moscow, Russia) Oleg noted that sovereign funds became more active and many of them are creating their own teams and work with direct investment on their own. Oleg said that China is a big investor, that there are several areas for investment such as logistics and infrastructure, the development of the Silk Road concept, the investment to increase consumer demand, and also electronic commerce. 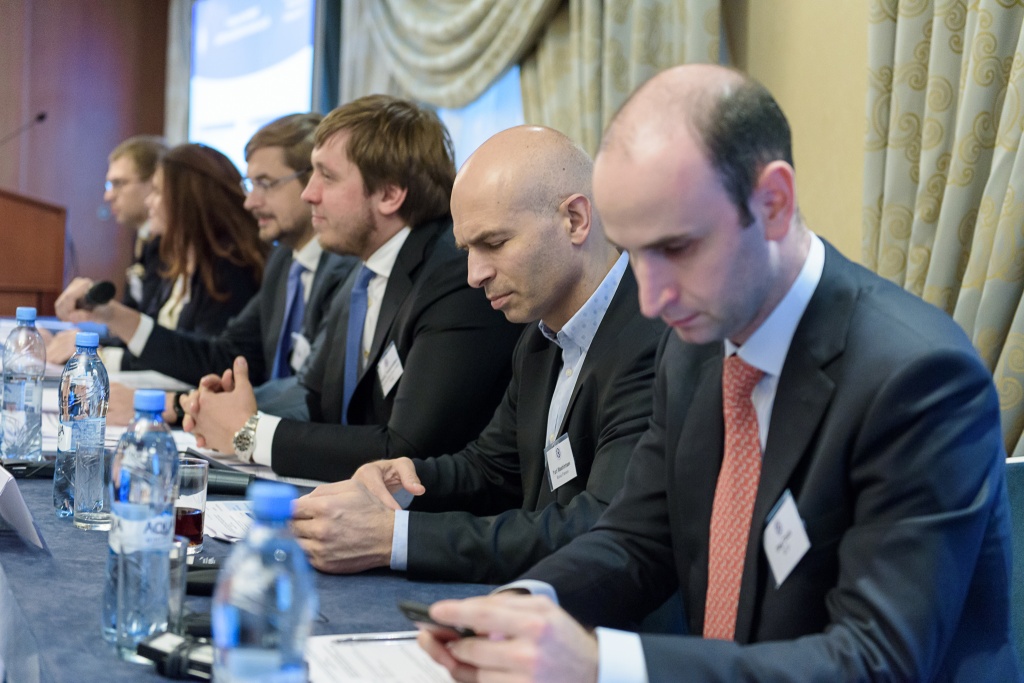 The next speaker Yuri Mashintsev, Director, Russia Partners (Moscow, Russia), stressed that now large investors are more focused on small, but technological transactions. Yuri noted that investors are more interested in projects that could bring the currency earnings. Yuri commented that the sphere of high-tech is relevant, but such areas as agriculture are relevant, e.g. the export of grain to the Arab Emirates or the phase-out of imports in the pharmaceutical industry, etc.

The speaker Sergey Vasiliev, Managing Director, Altus Capital (Moscow, Russia) noted that nowadays there is process of rejuvenation of projects, and that the conservative deadlines for completion of projects within 4-7 years are changing, investors are ready to consider different options of the duration of investment projects, as well as short-term projects, there is a tendency to enhance the role of investor "quit", the investor must clearly understand how he quits the project and on what terms. Sergey commented that the application of English law is prevailing.

The moderator of the fifth session "M&A Disputes in Arbitration and Litigation" was Vladimir Khvalei, Partner, Baker & McKenzie (Moscow, Russia). Vladimir stressed that, nowadays, the quality of the arbitration process has a key role. Vladimir also described the reform of the arbitral tribunals conducted in Russia. 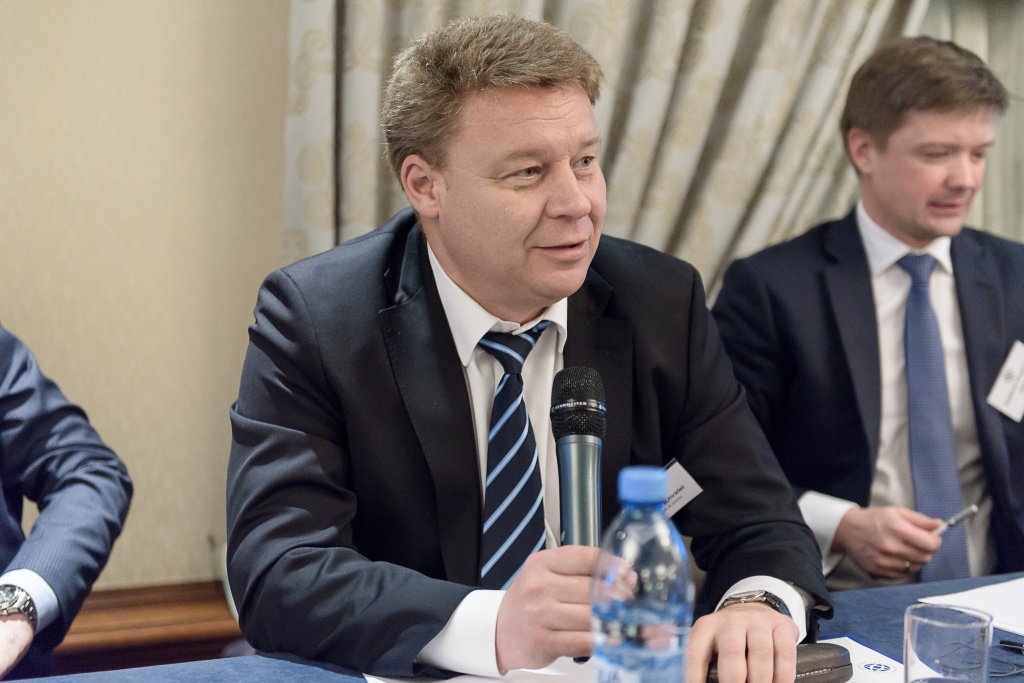 The first speaker, Alexey Yadykin, Senior Associate Disputes, Freshfields Bruckhaus Deringer (Moscow, Russia) elaborated on the issue of the new reform of corporate disputes in arbitration, Alexei is one of the draftsperson of these amendments.

The next speaker was Alexander Muranov, Managing Partner of the Attorneys' Collegium “Muranov, Chernyakov & Partners” (Moscow, Russia) He said that, at this stage, only two Arbitration Institutions managed to be register in the Ministry of Justice as a PAI. He described in detail the rules of corporate disputes at the ICAC (The International Commercial Arbitration Court) of the Russian Chamber of Commerce and Industry.

The next speaker is Doran Doeh, Partner, Dentons, (Moscow, Russia) gave a detailed advice on the application of the agreement on the dispute settlement concerning shareholder agreements and agreements on the purchase of shares and other corporate agreements in the light of the corporate disputes reform. Doran also cited Russia's ranking statistics in the report of the International Bank (World Bank), in which Russia has 35th place out of 190 in the "Business Management" category, New Zealand and Singapore share the first two places of this rating.

The next speaker, Vladimir Pestrikov, Council of corporate and commercial disputes in arbitration, EPAM (Moscow, Russia), described M&A transactions, shared the experience gained in EPAM in defending the rights in corporate proceedings.

The event ended with a reception where the participants could share their experiences, ideas, and had the opportunity to communicate and enjoy a pleasant evening. 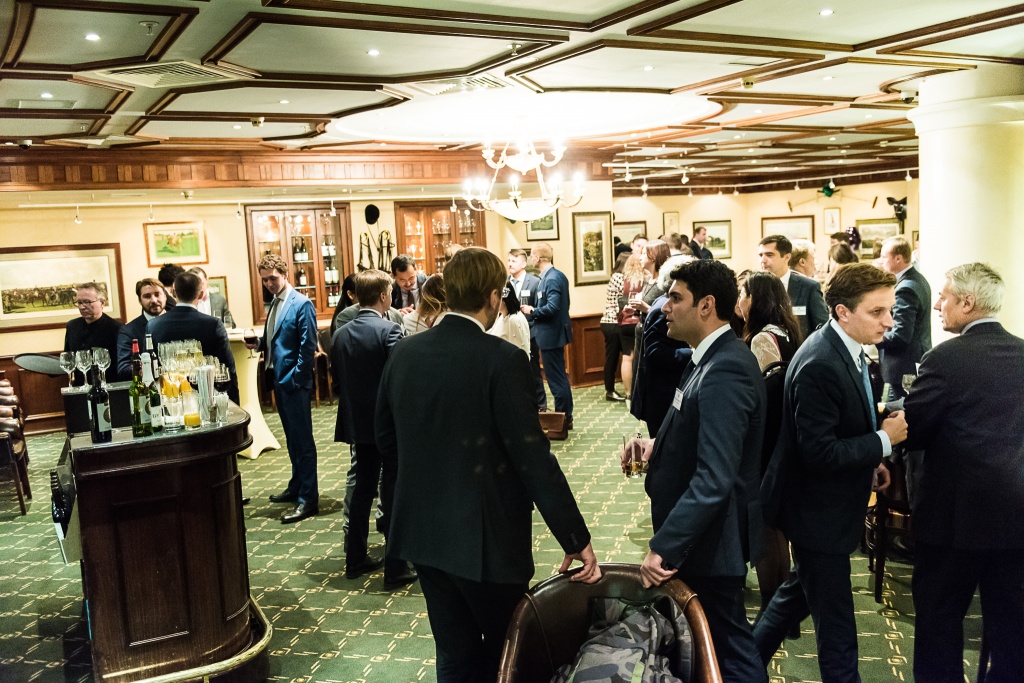 Follow the link for the full photoreport of the event: https://yadi.sk/d/8MALiDHV3Pdkzv