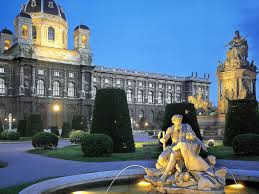 Juris Conferences LLC is pleased to present its Tenth Annual Leading Arbitrators’ Symposium on the Conduct of International Arbitration.

These topics are of critical importance to those interested in how international arbitrations can be effectively and fairly conducted. Audience questions and interactions with the various panels is encouraged.
Refer to the schedule and faculty list for complete conference agenda.

Ugo Draetta is a Professor of International Law at the Catholic University of Milan. Mr. Draetta has held the positions of General Counsel and Secretary of Fiat SpA and Vice-President and Senior Counsel – International – of General Electric, US, London.  In 2000 he started his arbitration practice as Counsel and Arbitrator in international arbitration chambers and ad hoc arbitrations (ICC, UNCITRAL, Milan, Vienna and Madrid).  Mr Draetta also serves as a Consultant to major US and Italian corporations and is a Member of the Board of Directors of Nuovo Pignone SpA and Chairman of the Board of Directors of GE Water & Process Technologies Italy Srl

Dominique Brown-Berset is a founding Partner of Brown&Page, a law firm with offices in Geneva and Nyon.  She practices mainly in the field of international arbitration and business transactions. She is listed, inter alia, on the HKIAC, JCAA, SIAC, and KLRCA panels of arbitrators. Ms. Brown-Berset has acted as counsel, co-counsel and arbitrator in more than 190 international arbitration cases around the world. She is president of the executive board of ArbitralWomen and is a member of the management board and the supervisory council of the Swiss Institute of Comparative Law (appointed by the Swiss government since 2006) and the Swiss Society of Jurists. She is a former Co-Chair of the Arbitration Committee of the International Bar Association and former International Vice President of the Chartered Institute of Arbitrators.

J. Brian Casey has more than 36 years of experience in commercial dispute resolution.  He is a former Principal of Baker & McKenzie International and a former Chair of the firm’s North American Litigation Practice Group.  He is a founding member of Bay Street Chambers, an arbitration boutique.  Mr. Casey has been retained as arbitrator, chairman of the tribunal, or as counsel in numerous commercial arbitrations both ad hoc and institutional under the auspices of the LCIA, ICC, and the AAA/ICDR

W. Laurence Criag is Senior Counsel in Orrick’s Paris office.  He brings more than 40 years’ experience to Orrick’s International Arbitration Group and has been dubbed a “founding father” of international arbitration.  He has served as Arbitrator and Counsel in numerous ICC AAA, LCIA, ICSID, CIETAC and ad hoc arbitrations.  Mr. Criag was Co-Chairman of the Drafting Committee for 2011 Revision of the ICC Rules.

Robert B. Davidson is the Executive Director of JAMS Arbitration Practice. He is a full-time arbitrator and mediator. He has sat in more than 150 domestic and international arbitrations as sole arbitrator and as a member of tripartite panels in both institutional and ad hoc settings.  Mr. Davidson’s panels include the ICC, CPR, NAI; CIETAC, HKIAC, Kuala Lumpur Regional Arbitration Centre and the AAA-ICDR. He is listed as one of the Leading International Arbitrators in the Chambers USA Guides, 2010-2013

Wulf Gordian Hauser is the Managing Partner of Hauser Partners Rechtsanwälte GmbH. He has served as chairman of the arbitral tribunal, sole arbitrator, party appointed arbitrator or counsel for a party in approximately 80 arbitrations at the ICC, the VIAC, LCIA, the WIPO Arbitration and Mediation Center, the UNCITRAL-rules and in other ad hoc arbitrations. He is an arbitrator with International Arbitral Centre of the Austrian Federal Economic Chamber and the Permanent Arbitration Court of the Chamber of Commerce, Vienna.

Kaj Hobér is a Partner in Mannheimer Swartling’s Stockholm office.  Mr. Hobér is a Professor of International Investment and Trade Law at Uppsala University and a Commissioner with the United National Compensation Commission in Geneva.  He was a member of the Board of the Arbitration Institute of the Stockholm Chamber of Commerce from 1992 to 2009. He is a member of the LCIA Court and of the Board of Directors of the American Arbitration Association and also a member of the AIPN Educational Advisory Board.

Sigvard Jarvin is a former General Counsel of the ICC and former Counsel and a Consultant at Jones Day in Paris.  He has acted as Chairman, sole arbitrator, or member of the tribunal in over 235 international arbitration proceedings, ad hoc (including UNCITRAL) and the ICC, AAA – ICDR, the Stockholm Chamber of Commerce, the Cairo Regional Centre for International Commercial Arbitration, UKASTA and the NAI.

Vladimir Khvalei is a Partner in Baker & McKenzie’s Moscow office.  He heads the firm’s CIS Dispute Resolution Practice Group in Moscow.    He serves as Vice President of the ICC International Court of Arbitration, and is included in the list of arbitrators of the arbitration institutions in Austria, Russia, Belarus and Kazakhstan.  Mr. Khvalei handles international arbitration cases as a party counsel and arbitrator, particularly with respect to the arbitration rules of the ICAC, UNCITRAL, ICC and SCC.

Carolyn B. Lamm is a Partner in White & Case’s Washington, D.C. office.  Her practice concentrates on international dispute resolution through international arbitration, litigation and international trade proceedings.  She has substantial experience with ICSID and its Additional Facility, NAFTA and other international arbitral proceedings involving States, as well as commercial arbitral fora including AAA/ICDR, ICC, Vienna Centre, Stockholm Chamber, Swiss Chamber, and in federal court litigation.  Ms. Lamm is involved primarily in the representation of foreign corporate clients and foreign sovereigns.

Loukas Mistelis  is Director of the School of International Arbitration and the Clive M. Schmitthoff Professor of Transnational Commercial Law and Arbitration at Queen Mary, University of London. He is Chairman of Cyprus Eurasia Dispute Resolution and Arbitration Centre.  He is an acknowledged authority on international dispute resolution.  His arbitration experience covers ICC, ICSID, LCIA, UNCITRAL, SCC, Swiss Chambers and Moscow cases.

Lawrence W. Newman is Of Counsel in Baker & McKenzie’s New York office.  He practices mainly in the areas of international litigation and arbitration.  He represents clients in courts and before arbitration tribunals, and has served as arbitrator in cases under the rules of the AAA/ICDR and ICC.

Philippe Pinsolle is the Managing Partner in Quinn Emanuel Urquhart & Sullivan’s Paris office.  He has acted as counsel in more than 180 international arbitrations.  He has been involved in arbitrations under the auspices of virtually all major arbitration institutions including the ICC, the LCIA, the ICSID, the SCC, the AAA, the ICDR, the Swiss Chambers of Commerce, the AFA, as well as in ad hoc cases under the UNCITRAL rules or otherwise.  Philippe Pinsolle has also served as arbitrator in more than 35 cases, as well as expert witness on arbitration and French law issues.

Michael Polkinghorne is a Partner with White & Case in the Paris office.   He has served as Counsel and Arbitrator in arbitrations conducted under most major institutional rules and was the Australian member of the International Court of Arbitration of the ICC, where he is a member of the ICC Task Force on arbitrations involving state entities. He is a member of the Legal Advisory Taskforce of the European Energy Charter Secretariat, which prepared a new edition of their Model Intergovernmental and Host Government Agreements for Cross-Border Pipelines.

Hilmar Raeschke-Kessler practices law as Rechtsanwalt  beim Bundesgerichtshof (of which there are only 45 at the Bar of the German Federal Court of Justice).  He has acted as chairman, arbitrator and counsel in numerous international and national arbitrations. He also represents clients in enforcement or annulment proceedings of arbitral awards before the German Federal Court of Justice. Mr. Raeschke-Kessler was a Vice-Chair IBA – Committee D on Arbitration; Board.  He is a Member German Arbitration Institution – DIS; Member ICC – Commission on International Arbitration; Past vice-president London Court of International Arbitration – European Users Council

Stefan Riegler is a Partner in Baker & McKenzie’s Vienna office.  He has acted as a chariman, a sole- and a party-appointed arbitrator in arbitrations under the Vienna Rules and the ICC Rules and in ad hoc arbitrations.  Mr. Riegler is a founding member and former chairman of the Young Austrian Arbitration Practitioners, and is a member of various arbitration organizations. Prior to joining the Firm, he served as a partner of Wolf Theiss

Catherine Rogers is a Professor of Law at Penn State University, Dickinson School of Law and the Chair and Director of the Centre for Ethics, Regulation and The Rule of Law at Queen Mary College, University of London.  She is a scholar of international arbitration and professional ethics.  Professor Rogers is a reporter for the American Law Institute’s new Restatement of the Law (Third) of International Commercial Arbitration.

Mauro Rubino-Sammartano is a Partner at LawFed-BRSA, which is the result of a merger between Rubino-Sammartano e Associati and Bianchi e Associati.  He is currently President of the European Court of Arbitration and of the Mediation Centre of Europe, the Mediterranean and Middle East.  Mr. Rubino-Sammartano has acted and regularly acts as chairman, party-appointed, sole arbitrator and counsel in a large number of arbitral proceedings and has more than 30 years’ experience in arbitration

Eric A. Schwartz is a Partner in King & Spalding’s New York and Paris offices and a member of the International Arbitration Practice Group.  He is a former Secretary General and current Vice-President of the ICC International Court of Arbitration.  Over the last 30 years, he has acted on behalf of some of the world’s largest companies, public authorities and sovereign states in international arbitration proceedings in all of the principal European arbitration venues, as well as in Africa, Asia and the U.S.   In addition to his work as counsel, Mr. Schwartz regularly sits as an arbitrator. He has appeared as chair, sole arbitrator or co-arbitrator in proceedings under the rules of the AAA, CIETAC, ICC, ICSID, LCIA, SCC and UNICTRAL in arbitrations throughout the world.

Brigitte Stern is an international arbitrator and Emeritus Professor of International Law at the University of Paris I, Panthéon-Sorbonne.  She works as an international arbitrator (sole arbitrator, member or president) in numerous ICSID, ICC, NAFTA, Energy Charter Treaty and UNCITAL arbitration.  Ms. Stern is a. Former Member of the Administrative Tribunal of the Asian Development Bank; Member of the ICSID Panel of Conciliators and Arbitrators, designated by France; Member of the Indicative List of Governmental and Non-governmental Panelists of WTO, designated by France; Member and former Vice-President of the United Nations Administrative Tribunal.

Janet Walker is one of the leading international dispute resolution specialists in Canada, based in Toronto and London.  She is a Professor of Law and former Associate Dean of Osgodoe Hall Law School, and the common law advisor to the Federal Courts Rules Committee.  Professor Walker has served as sole arbitrator, co-arbitrator and chair in ICC and ICDR arbitrations and she is active with ICC Canada, and the ICDR and CIETAC. She has been an International Advisor to the American Law Institute/Unidroit project on Principles and Rules of Transnational Civil Procedure.

REGISTRATION FORM FOR RAA MEMBERS (20% OFF)


*This rate is for Full-Time Academics, Full-Time Government Employees, and In-House Corporate Counsel ONLY.

Rooms have been blocked for the nights of 12 April through 14 April at two locations:

at a special conference rate of € 275,00 through € 315,00 per night (depending on room type) that includes all applicable taxes and fees.

at a special conference rate of € 275,00 through € 295,00 per night (depending on room type) that includes all applicable taxes and fees.