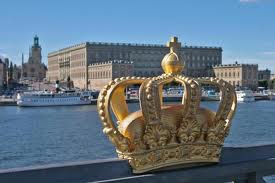 Sweden is recognised globally for its neutrality, transparency and consistent adherence to the rule of law. Swedish law has provided a neutral, predictable and cost-effective foundation for international trade and commerce. In particular, the choice of Swedish law has been, and continues to be common in international contracts involving Russian parties. Over the years, large number of Russia-related contracts have been governed by Swedish law, including major and pioneering commercial transactions. As a result, many Russian legal practitioners have become exposed to Swedish law and developed ties with their Swedish counterparts.

Swedish Law Day is organised by the Swedish Arbitration Association, Young Arbitrators Sweden, the Arbitration Institute of the Stockholm Chamber of Commerce as well as a number of the leading Swedish business law firms.

The conference aims to build on and expand the ties between the Swedish and Russian legal community by creating a platform for an open exchange of ideas and experiences. The programme features renowned legal practitioners from both Sweden and Russia and high profile panel discussions, presentations and mock arbitral proceedings highlighting important and topical Swedish commercial law issues. Swedish Law Day is a must-attend conference for Russian legal practitioners who want to get a better understanding of Swedish commercial law and network with their Swedish counterparts.