Legal Implication of the Amendments to the Russian Arbitration Law 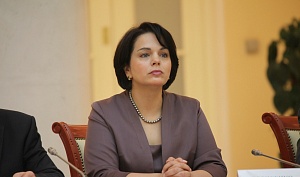 The international conference, which drew over 100 representatives of arbitration institutions, law firms, the Russian and international business community, and the academic society to Kaliningrad, focused on the legal implication of the amendments to the current Russian arbitration law.

The Russian Arbitration Association was the information partner at the event. At the behest of the organisers RAA also invited colleagues from partner arbitration associations in Belarus, Latvia and Lithuania to share experiences regarding arbitration common practices and procedures in their respective countries.

Vladimir Khvalei, Chairman of Board of the Russian Arbitration Association; Partner and Head of dispute resolution practice, Baker and McKenzie, Moscow spoke at the plenary session moderated by the Minister of Justice of the Russian Federation, Alexander Konovalov. RAA's Chairman of Board highlighted some of the noteworthy provisions in Russia's new law on arbitration, said to come into effect 1 September 2016, and encouraged all present to seriously consider Russia as a viable option for international arbitration matters for companies doing business in Russia. Mr. Khvalei also pointed out the importance of these reforms with respect to making arbitration in Russia subject to stricter legal standards, which will in turn facilitate the stability and transparency of the system.

In his speech, Vladimir Khvalei also noted that the formation of a successful arbitration practice must factor in the specialisation  and proper training of judges dealing with arbitration related matters, as well as a constructive dialogue with the legal community as a whole.

The subsequent conference roundtables addressed the new rules of establishment and functioning of arbitration tribunals and procedural novelties in arbitration. The conference also featured a live discussion regarding arbitration reform and possible steps towards its actualisation.

"The changes to the Russian Federation Civil Code have allowed the business community in Russia, successfully implement modern legal instruments in structuring transactions. I am sure that arbitration reform will allow companies successfully protect their rights in independent arbitration courts, whose regulations will now be at par with international standards. Given the current economic situation, I can not overemphasise enough the timeliness and importance of these reforms!" - says Roman Zykov, General Secretary of the Russian Arbitration Association.