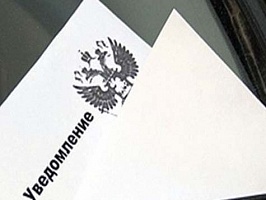 Earlier this year we covered a case, where the Russian courts refused to enforce an award citing lack of proper notice to the respondent. The courts agreed with the respondent that a person purporting to act on respondent’s behalf lacked the power to do so. The story was not over though as this week a three-judge panel of the Supreme Commercial Court referred the case to the Presidium for reconsideration.

The three-judge panel adopted a pragmatic approach to both powers of party’s representative and notice. On the first issue it suggested that the tribunal is entitled to assume on the basis of circumstantial evidence that the person is authorized to represent a party. With respect to notice, it observed that if the correspondence was in fact delivered to the party’s address this fact places a heavy burden on the respective party to disprove with specific evidence receipt of the correspondence.

Before the lower courts, the respondent argued that the person who communicated with the tribunal purportedly on its behalf lacked proper powers as respondent never issued a power of attorney to that person.

The panel disagreed. It began by noting that the person in question was in fact the head of legal of the respondent’s corporate parent and sole shareholder. Moreover, the same person himself responded to the tribunal’s communication. He requested further correspondence to be sent to the business address of the respondent’s parent company. In these circumstances, the panel concluded, the tribunal was entitled to assume that the person was in fact authorized to represent the respondent.

The claimant submitted courier service confirmations of delivery to prove that the respondent received notice of pending arbitration and certain procedural steps taken by the tribunal. It appears that one of the respondent’s arguments was that the claimant failed to establish that the respective courier packages contained notices or other arbitration-related documents.

The three-judge panel observed that the party has an obligation to ensure receipt of any correspondence sent to the address the party provided to the tribunal. For the panel, a confirmation of delivery was sufficient to shift the burden of proof to the respondent. It was then for the respondent to establish (e.g. by submitting the documents it did receive in the respective package) that the package had not contained the documents claimant suggested it had had.

The decision should by no means discourage parties and arbitral tribunals from verifying the party’s representative powers, where there are any concerns, or from securing evidence of proper notice. However, the panel’s pragmatic approach and focus on reality and protection of the substance of party’s rights rather than on form and technical deficiencies are to be welcomed. If supported by the Presidium of the Supreme Commercial Court the panel’s approach would serve as a very significant contribution to building Russia’s reputation as a venue for international arbitration.