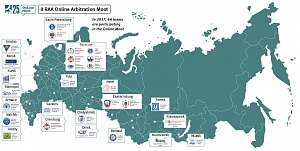 On 20-30 April 2017, the preliminary rounds of the II RAA Online Arbitration Moot were held. Based on its results, 16 teams are now going to participate in the second stage of the Online Moot - pleading rounds in Moscow on 25-27 August 2017.

The preliminary rounds were held via videoconference. The teams participated in two online-rounds as claimants and respondents. The arbitrators evaluated the online-pleadings and the teams' procedural documents.

In 2017, the Online Moot geography includes more than 20 cities of Russia and Belarus. Thus, the RAA Online Moot has become the biggest moot court competition on arbitration within the CIS countries! 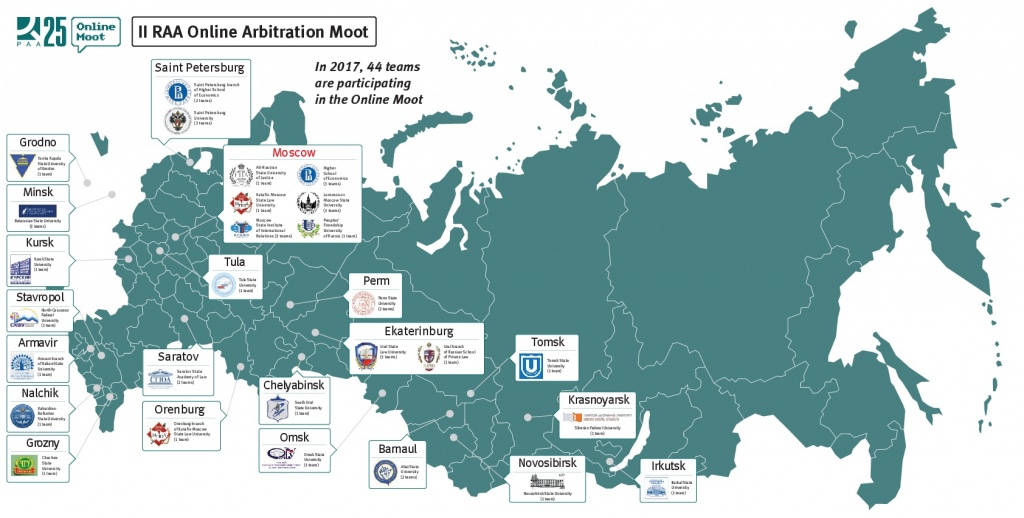 The Organizing Committee wishes success to the participating teams in preparing to the second stage of the II RAA Online Moot!