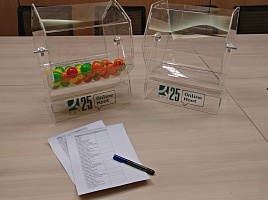 In 2017, the Russian Arbitration Association (RAA) and RAA25 with the support of the Higher School of Economics (HSE) are organizing the II RAA Online Arbitration Moot.

The Online Moot is an opportunity for all law students to promote themselves as leading Russian specialists on international arbitration. Students do not need to leave their own city to take part in the Online Moot; they only need a computer and good Internet connection.

In 2017, 44 teams from more than 20 cities from Russia and Belarus are participating in the II RAA Online Moot. The RAA Online Moot has become the biggest moot-court competition among the CIS countries.

Sergey Saveliev, a partner of the Saveliev, Batanov & Partners law firm and coordinator of the RAA Online Moot, mentioned the following about the popularity of the RAA Online Moot in an interview with the e-library “Nauka Prava”: “Now there are more moot-courts. There are also significantly more of those who want to participate in moot-courts. The competition in the universities for the right to represent the alma-mater is higher than ever. We see that students now have more motivation to understand the law and practice in such contents as the RAA Online Moot.”

Following the results of the preliminary rounds, the Organizing committee will determine the best teams which will participate in the oral hearings in Moscow on 25-27 August 2017. The best speakers will be awarded with an internship at the leading Russian law firms.

On 25 August 2017, the RAA Conference for the participants, coaches and international arbitration specialists will be held on the threshold of the oral hearings.