Cosmonauts: The Birth of the Space Age 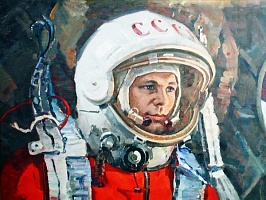 London’s Science Museum is about to exhibit a major exhibition of Soviet and Russian space hardware lent to it by Russia. While the “Cosmonauts: The Birth of the Space Age” exhibition, which starts in September, is expected to pull in the crowds, there is a problem. Russia has been ordered by an international tribunal in the Hague to pay US$50 billion to shareholders of the Yukos oil company after the company was taken from them illegally by the Russian State. While Russia is legally fighting this verdict, the fear was that following the verdict, law courts might have ordered the seizure of the loaned Russian government owned assets, including the space articles.

So, according to the Sunday Times (26 July 2015), in a cunning plan, the Science Museum has now taken direct ownership of the items – at least for the length of the show. The exhibit items include the first woman Cosmonaut, Valentina Tereshkova’s Vostok space capsule, early spacesuits including those for dogs and monkeys, and a cup used by the key soviet space designer S.P. Korolev.