On 25-28 November 2016, for the fifth time Minsk (Belarus) will become a forum for ICC Lex Mercatoria International Commercial Arbitration Moot that has already taken one of the leading places among prestigious moot court competitions for students.

The Case Problem of this year is based on a true story connected with the severe damage to the luxury yacht because of the alleged defect in the door-locking mechanism. The Case Problem has already been released and is available on the official website of ICC Lex Mercatoria ‑ http://icclexmercatoria.org/competition-materials/

Registration of the Teams for the Vth ICC Lex Mercatoria Moot continues. You may Register  your teams here:

http://icclexmercatoria.org/ English Chapter of the Moot

http://www.law.bsu.by/site/?64 Russian Chapter of the Moot 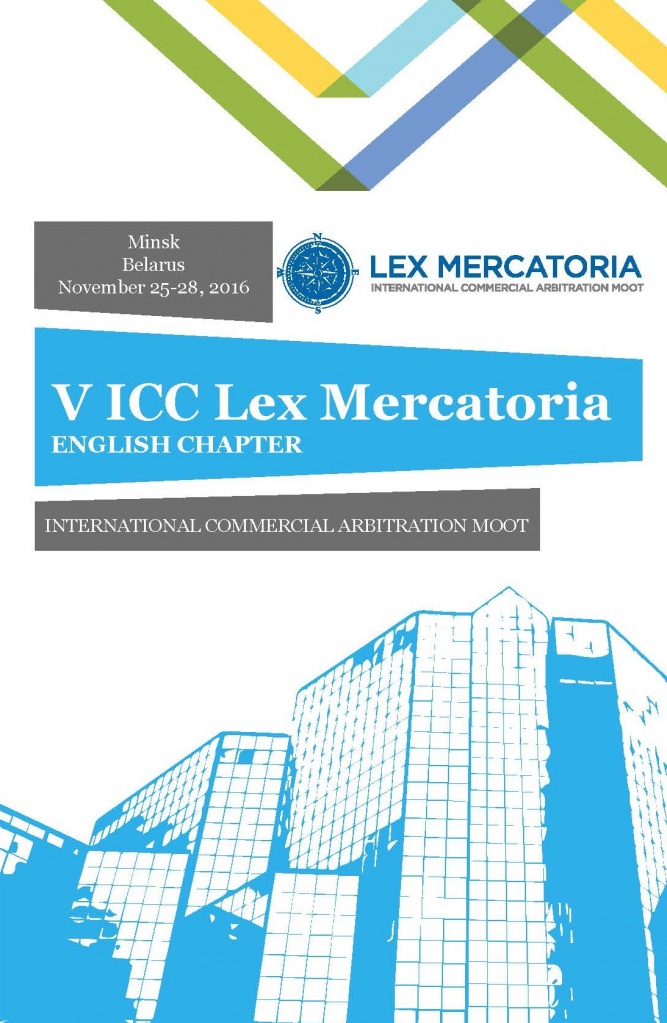