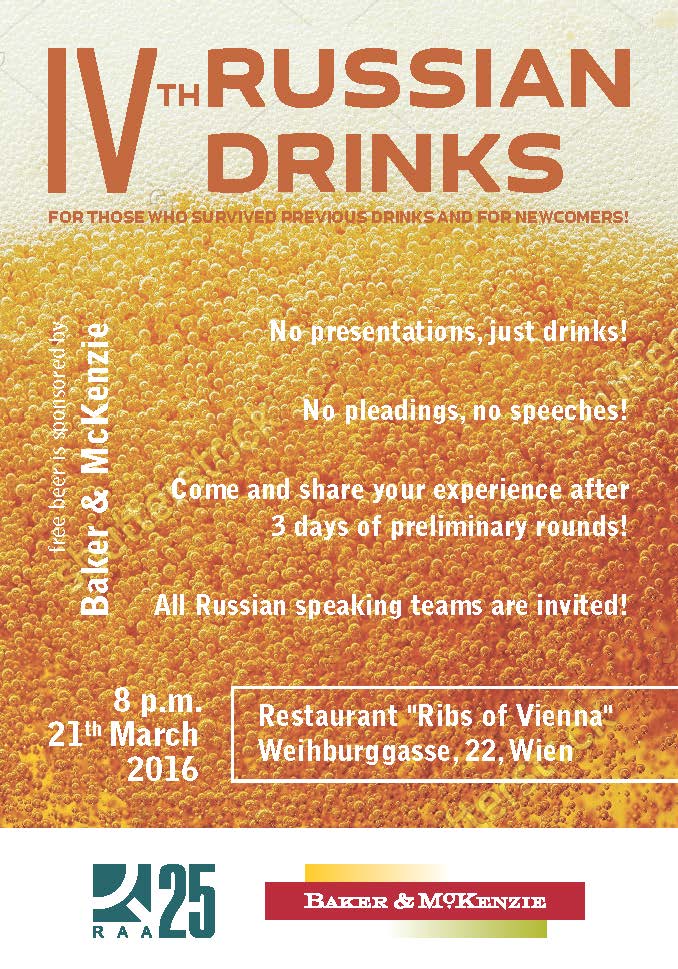 On 21 March 2016, the IV Russian Drinks were held in the restaurant Ribs of Vienna within the course of the XXIII Willem C. Vis Moot. More than 150 Vis Moot participants attended the event.

Russian Drinks event is organized within the course of the Willem C. Vis Moot since 2012.

The event wa organized by RAA25 with the support and sponsorship of Baker & McKenzie law firm. 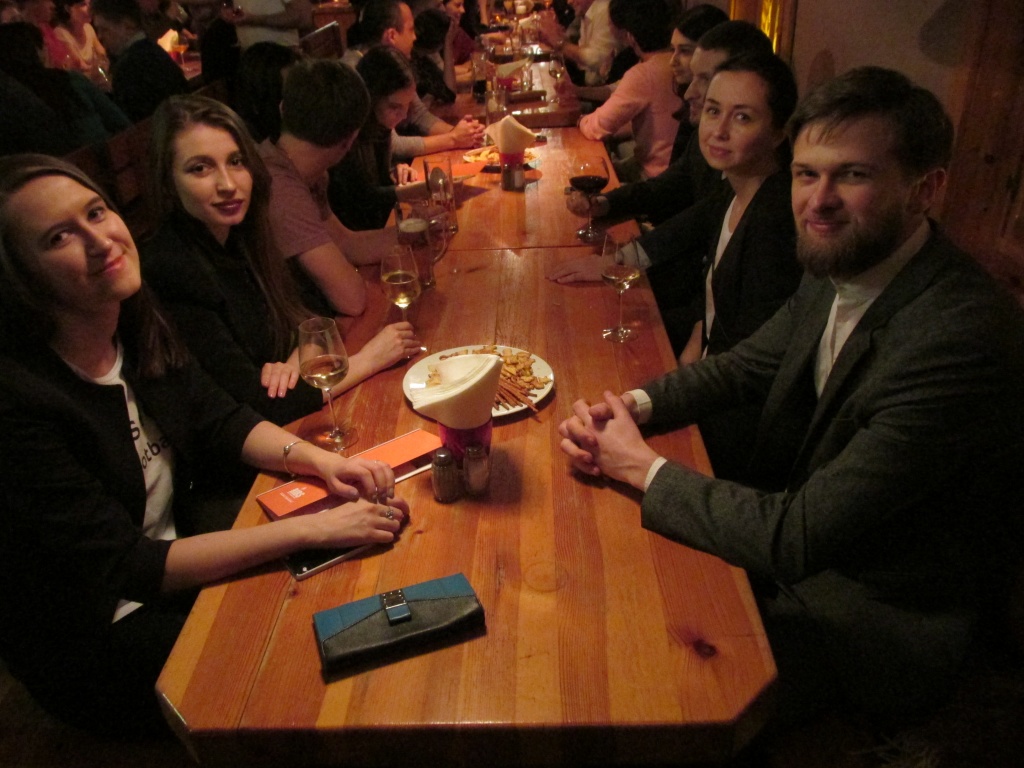 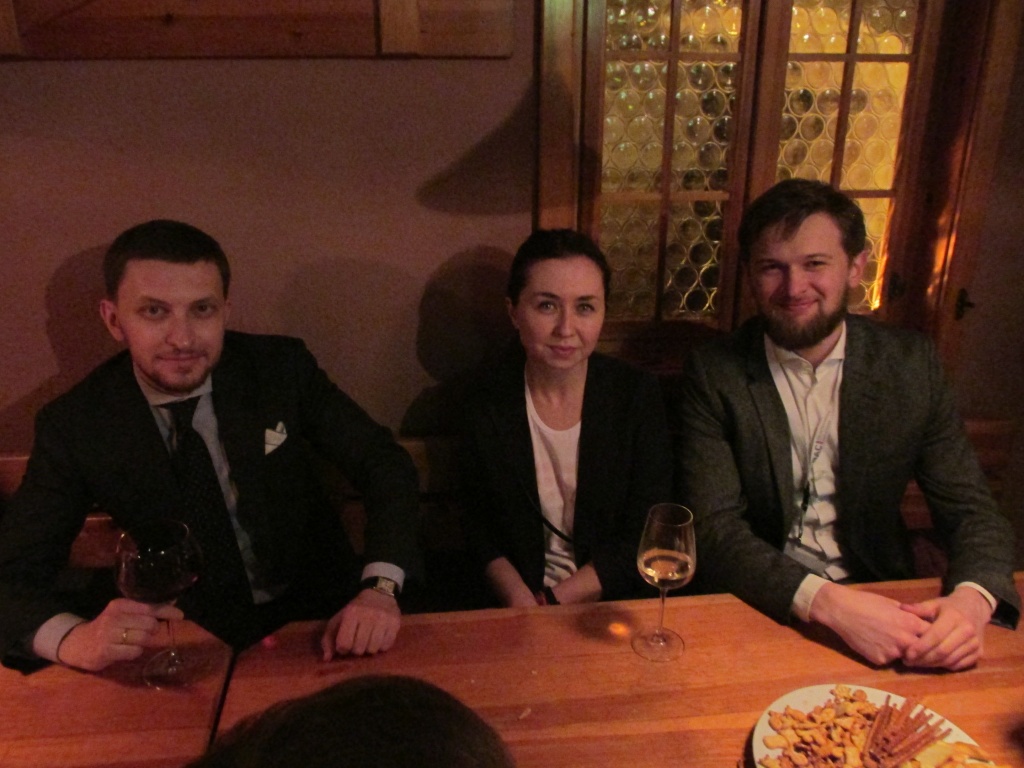 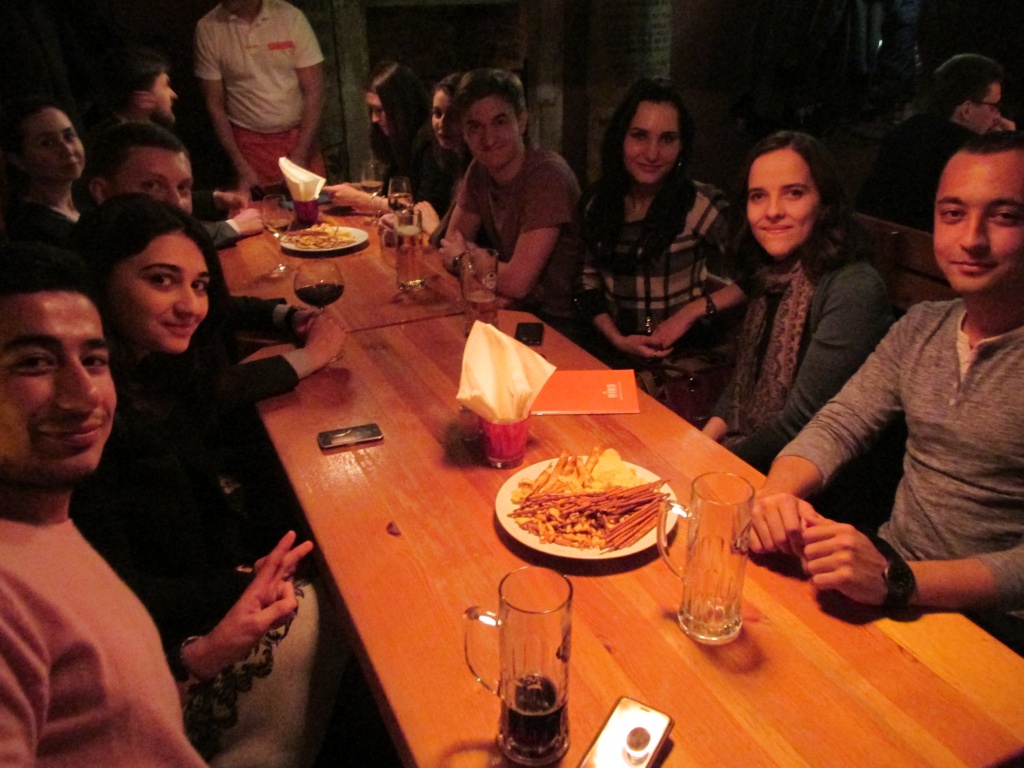 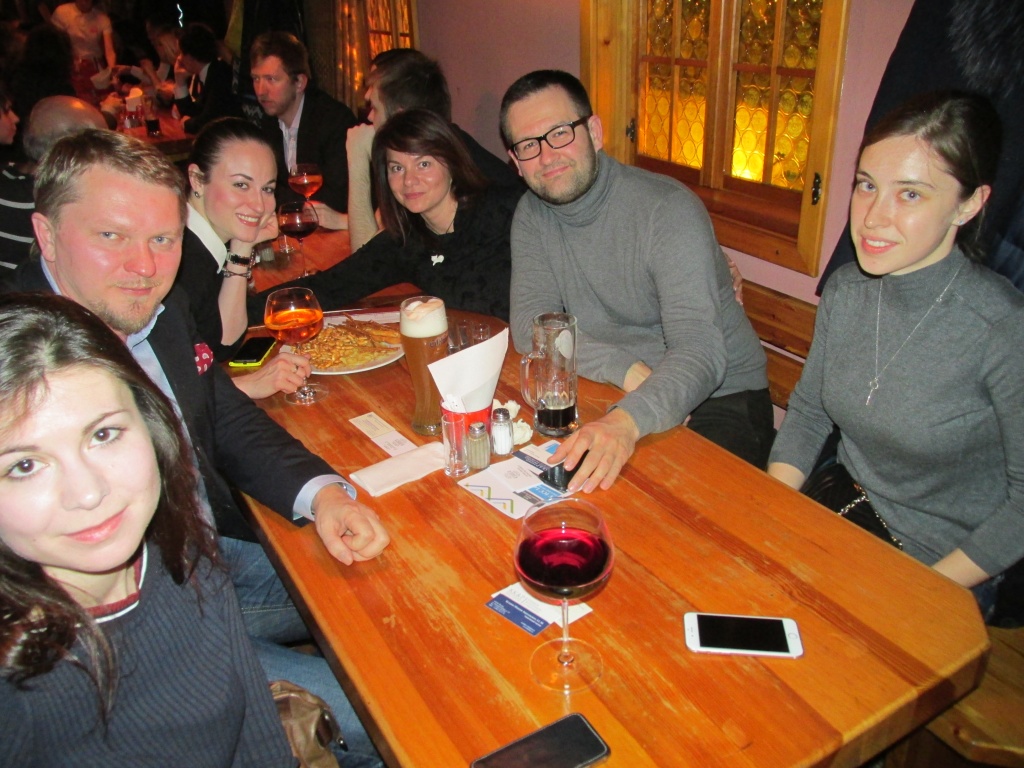 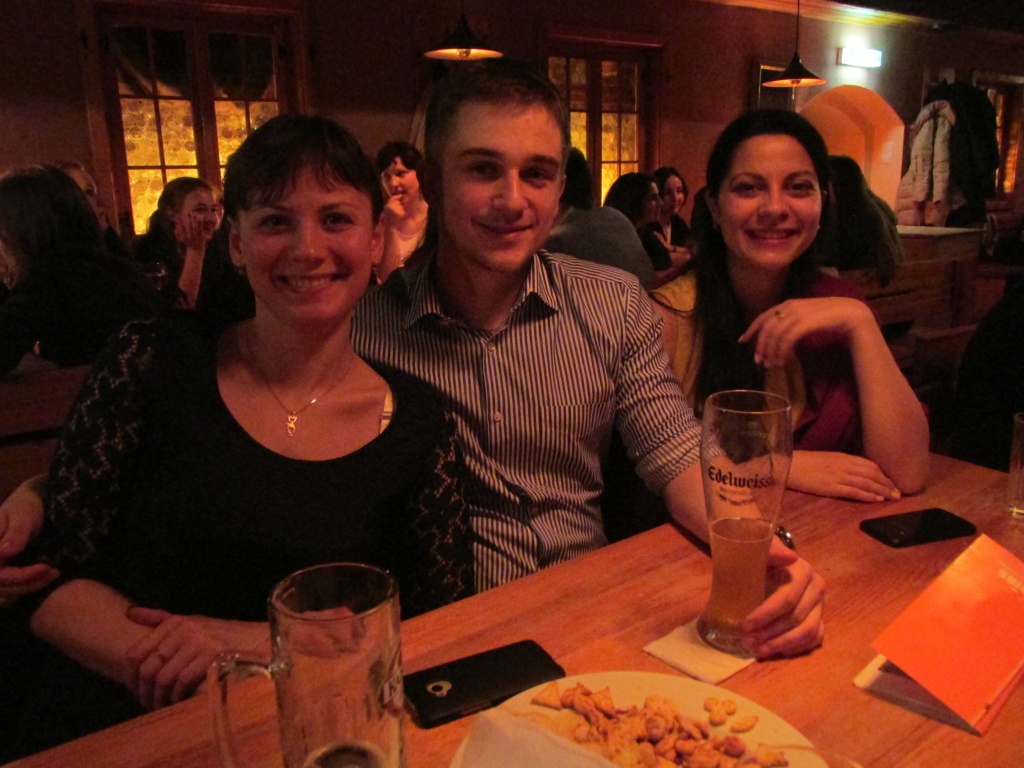 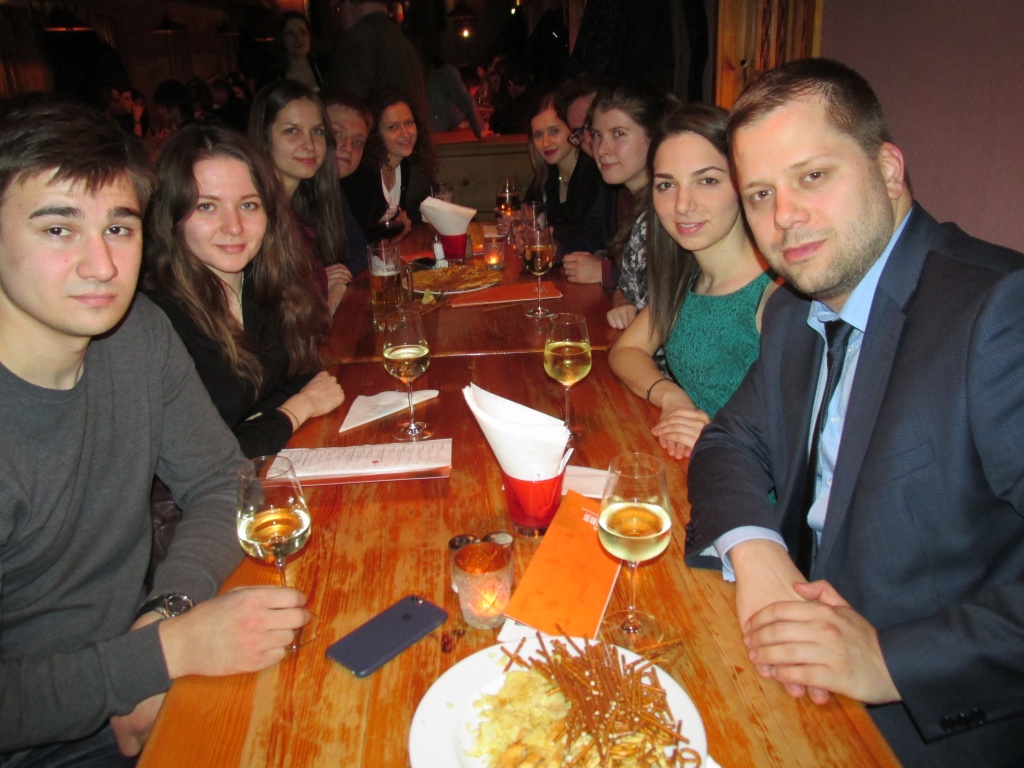 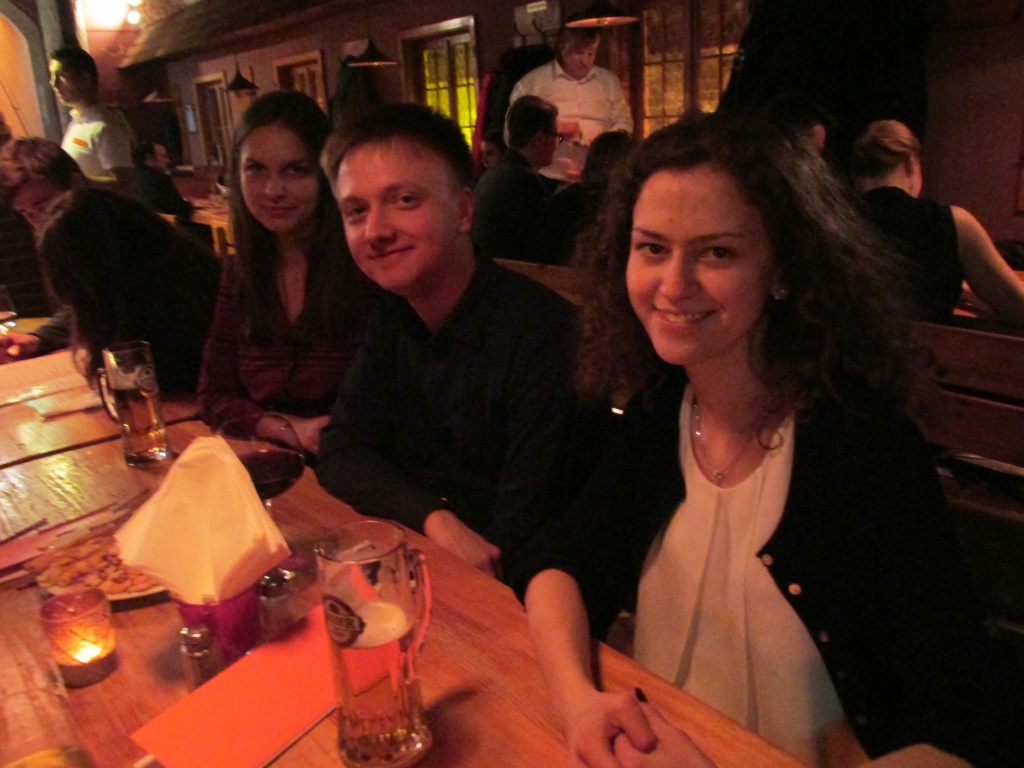 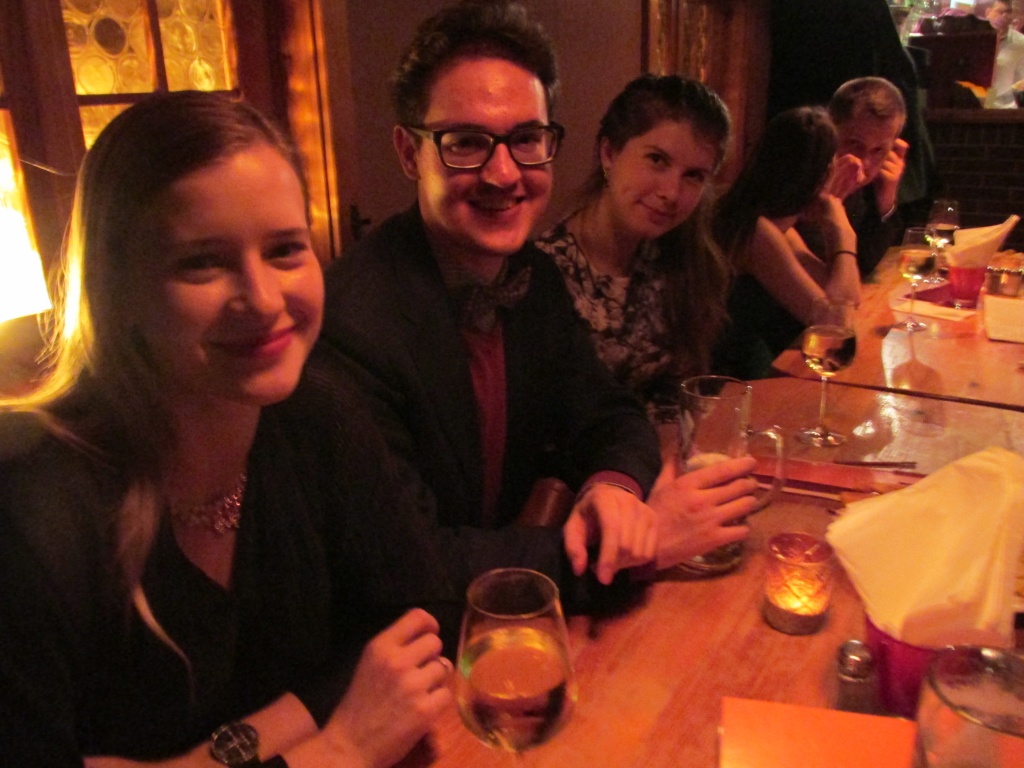 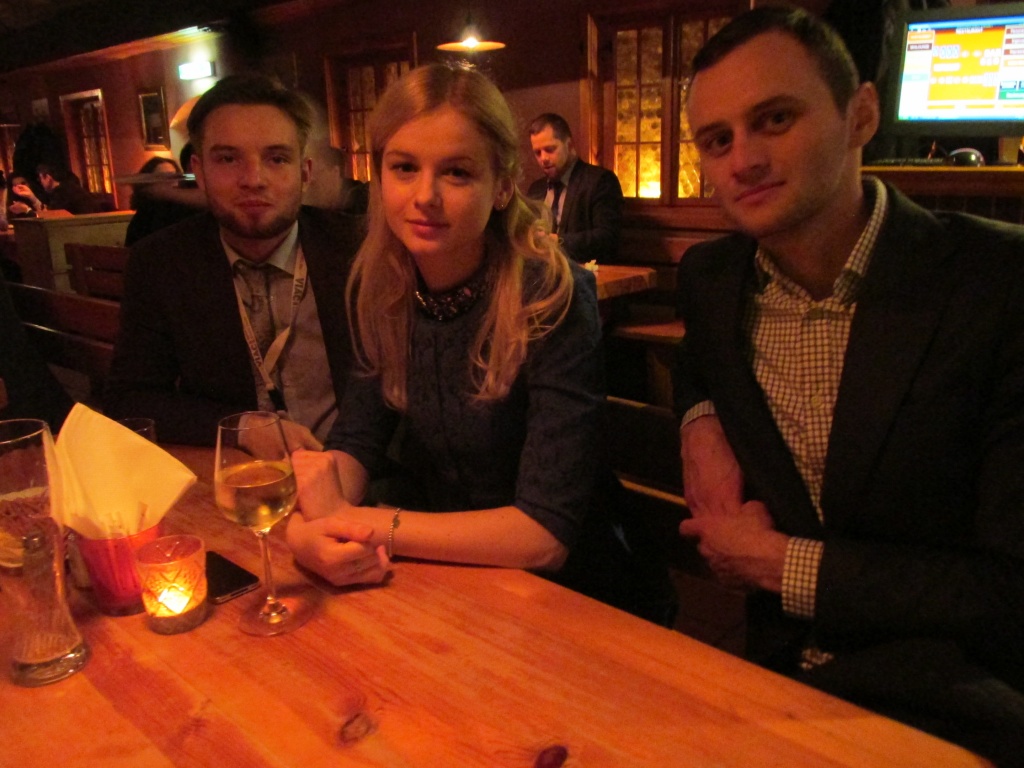 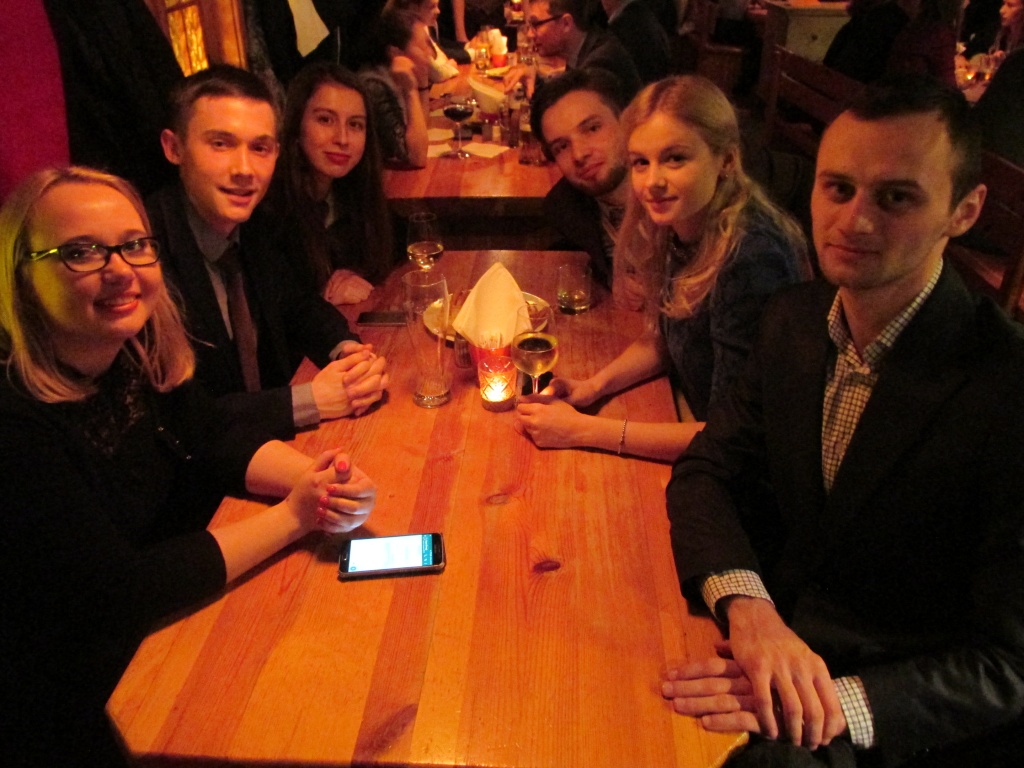 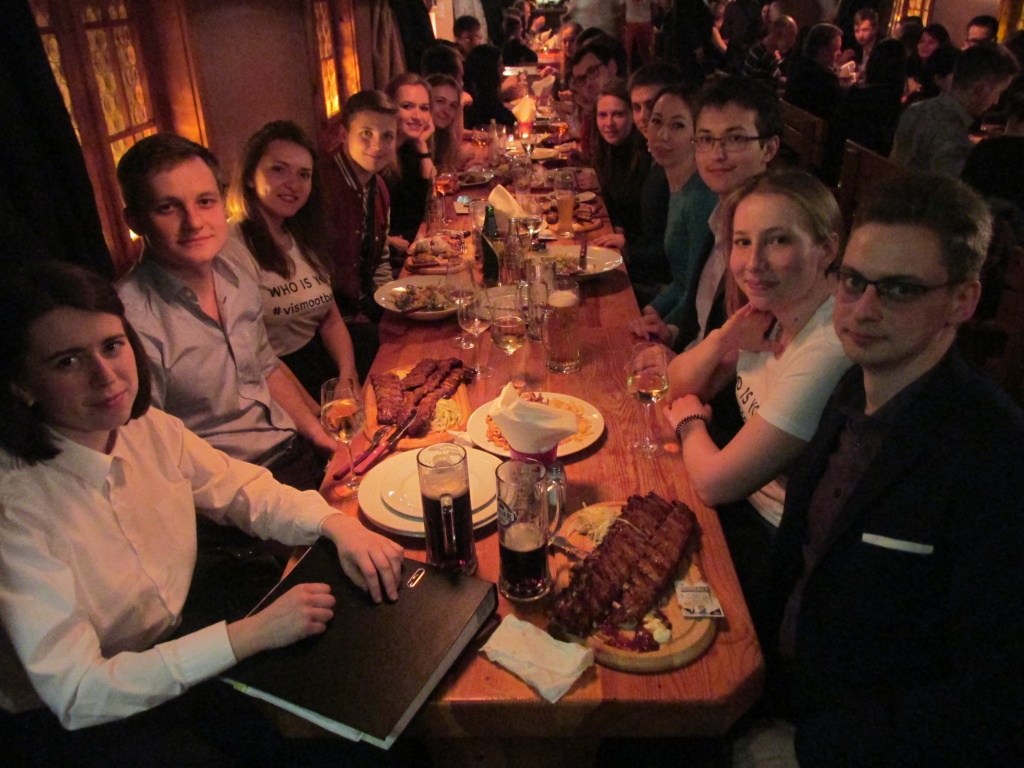 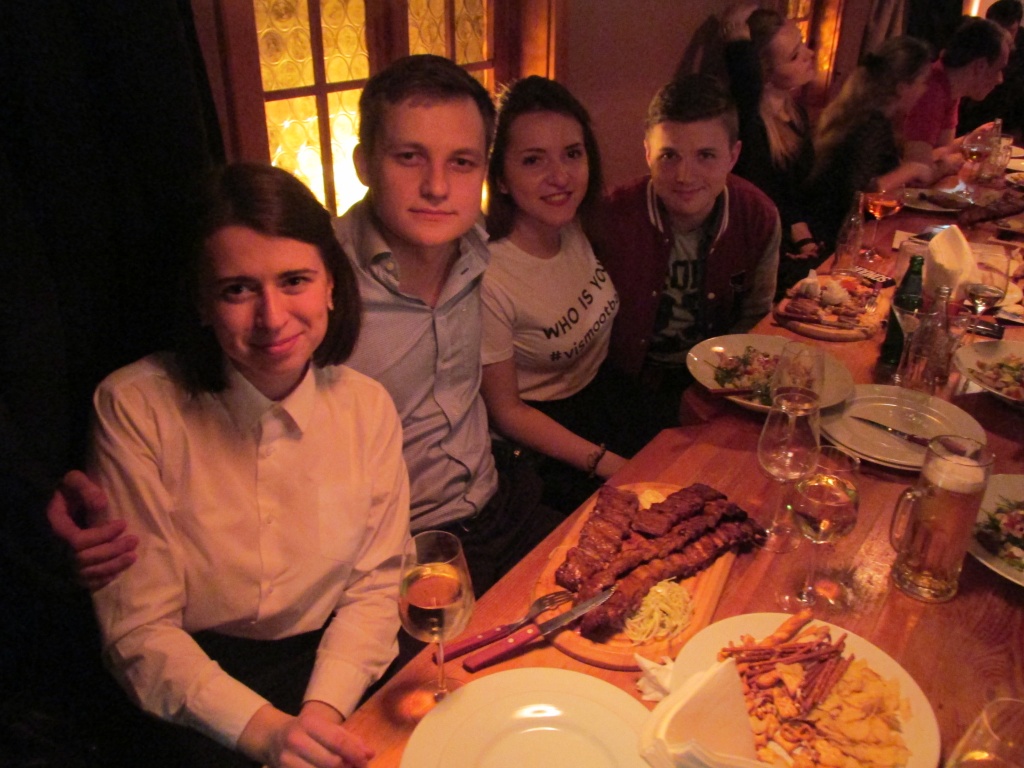 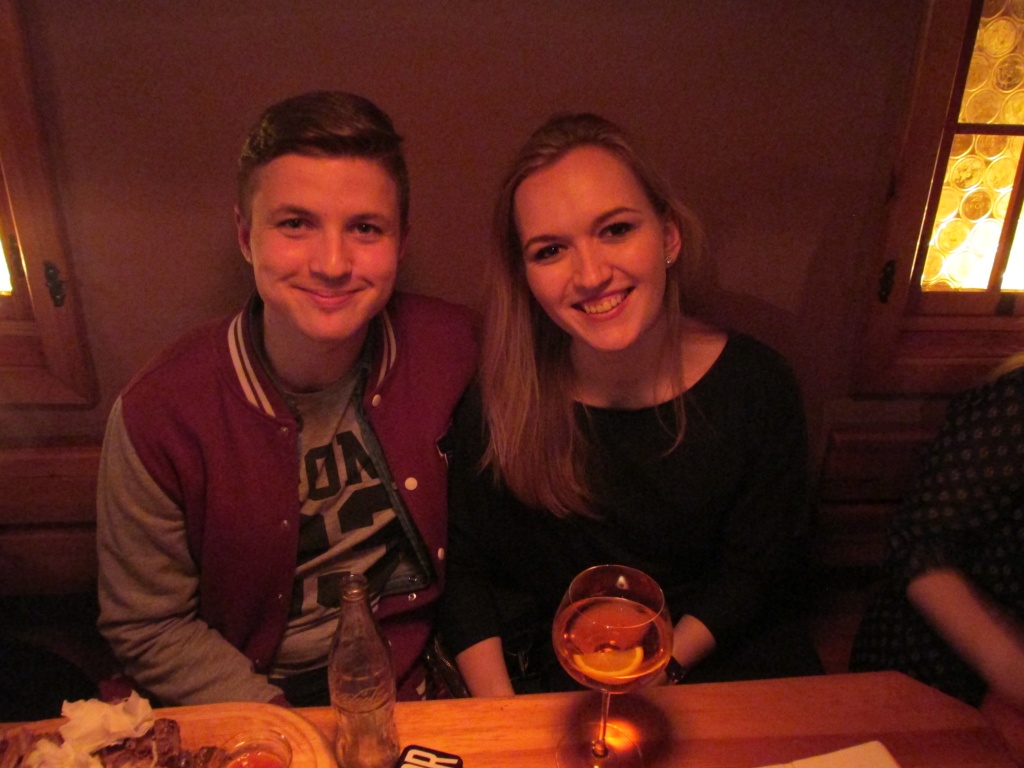 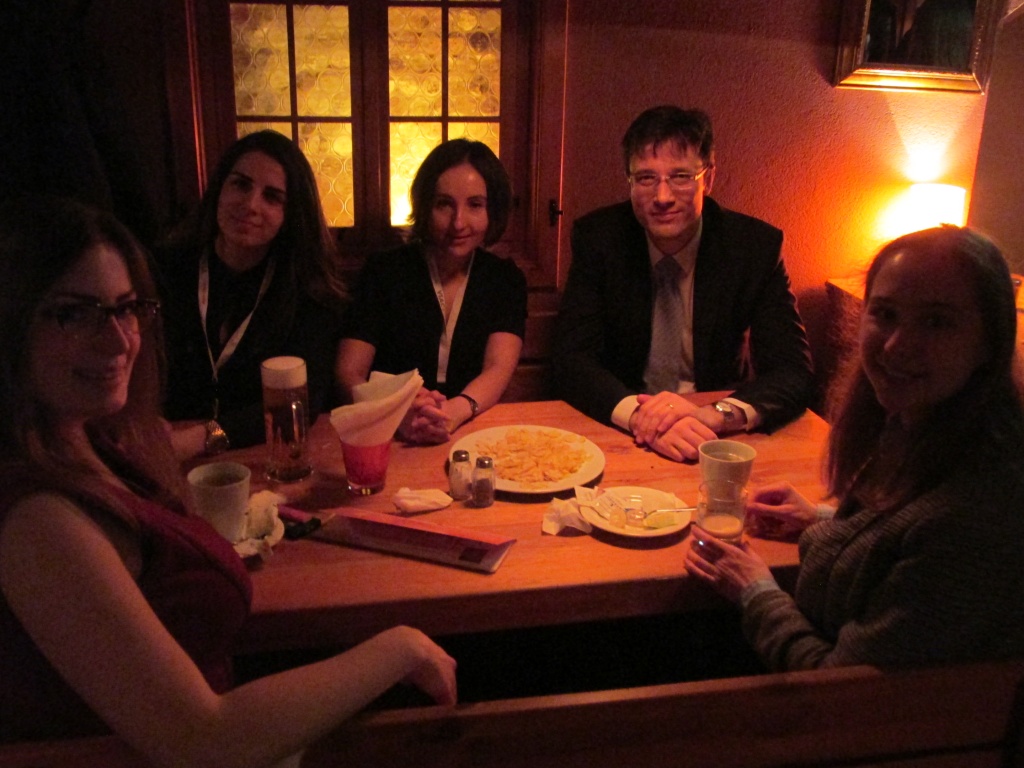 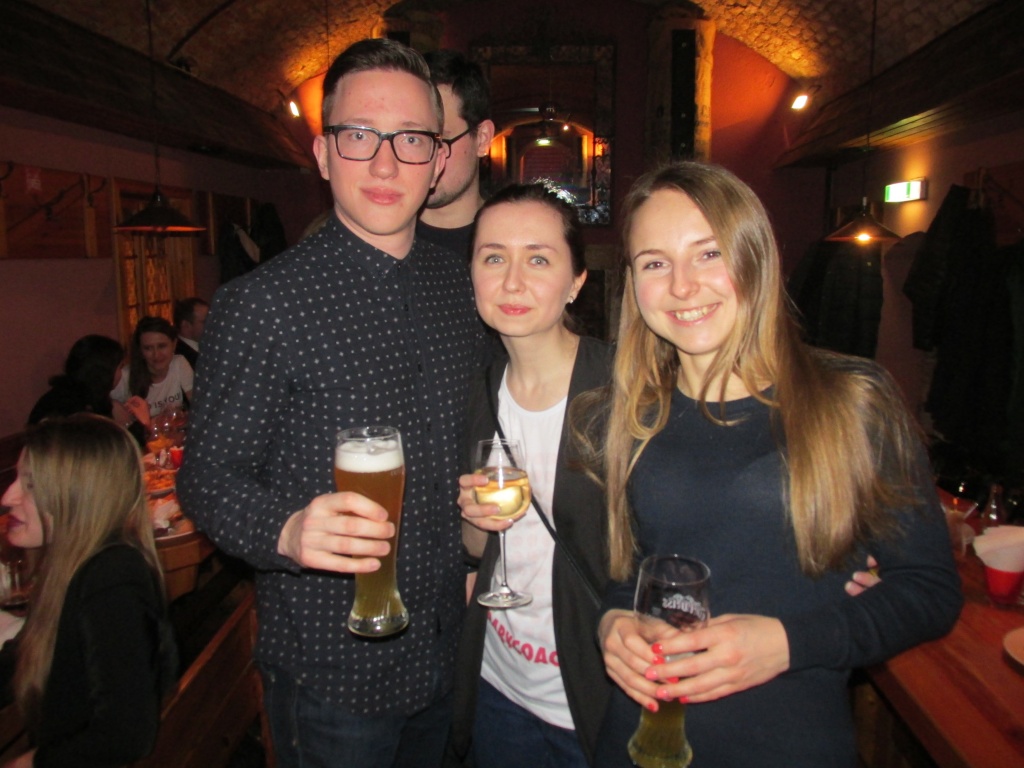 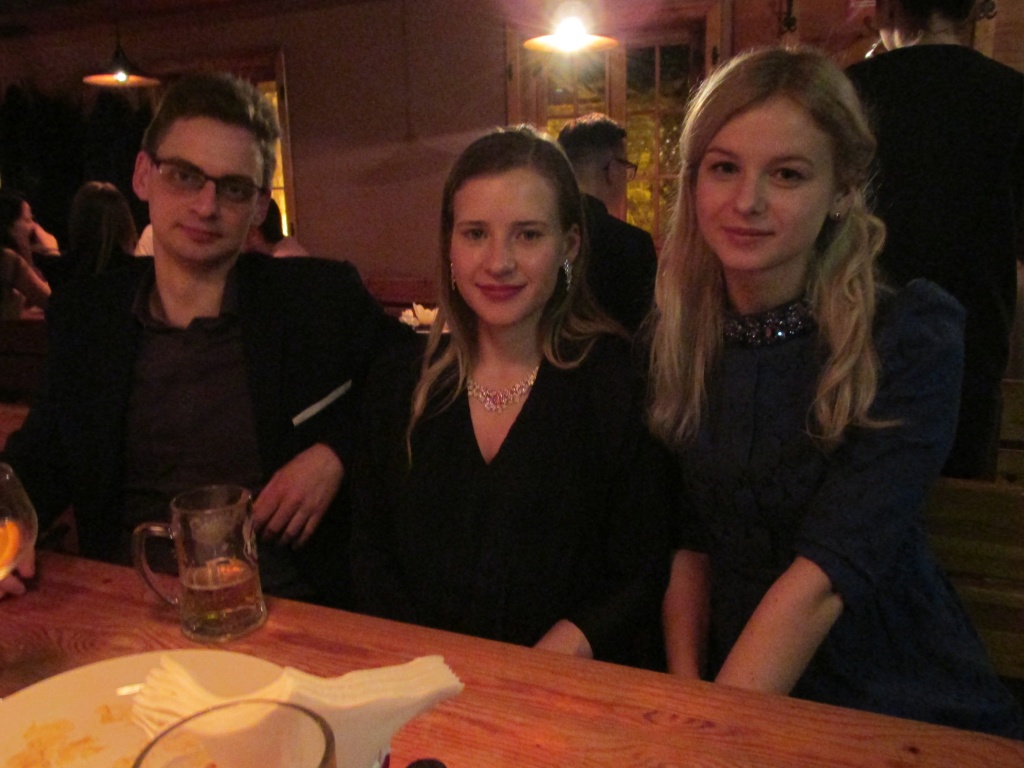 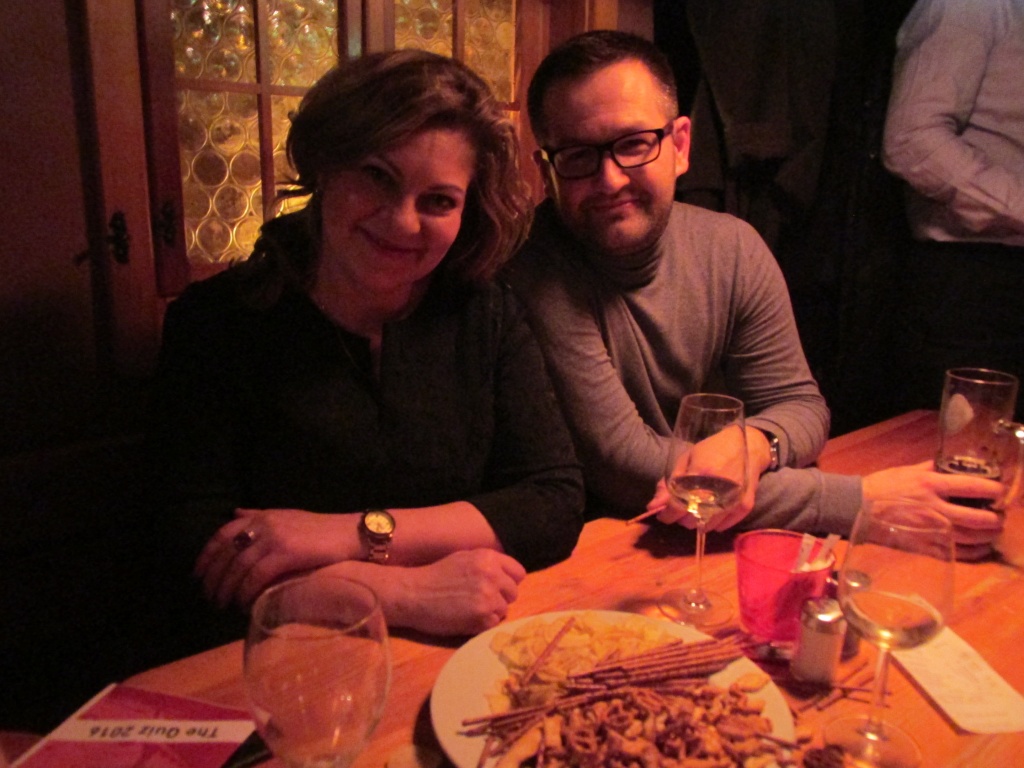 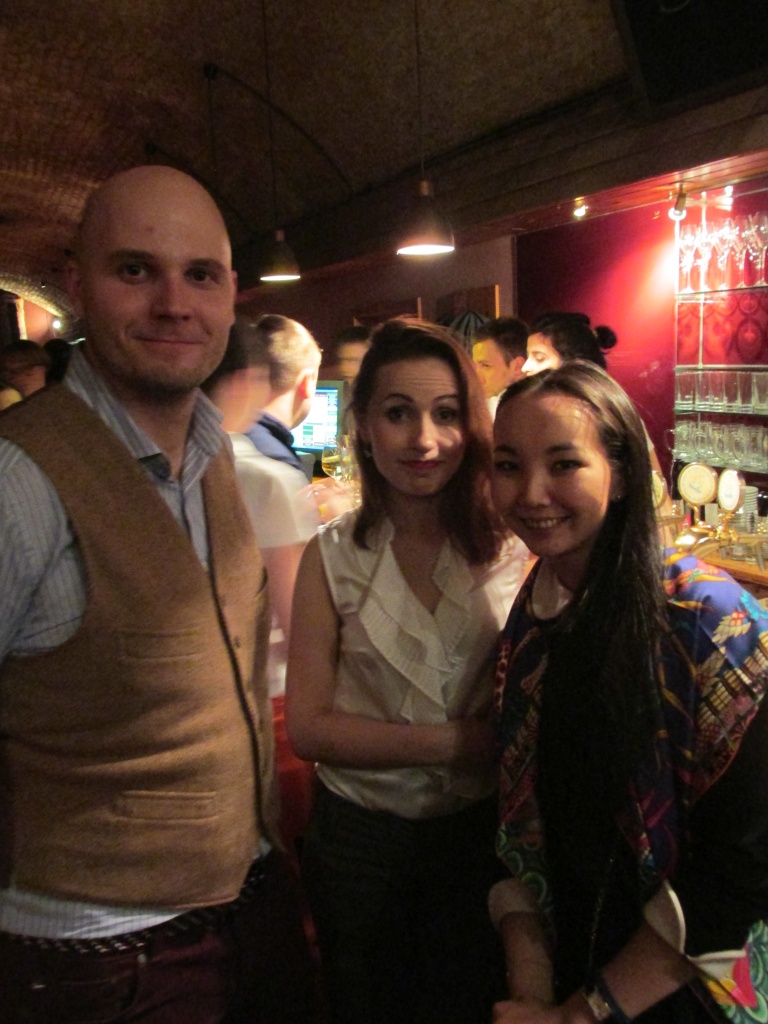